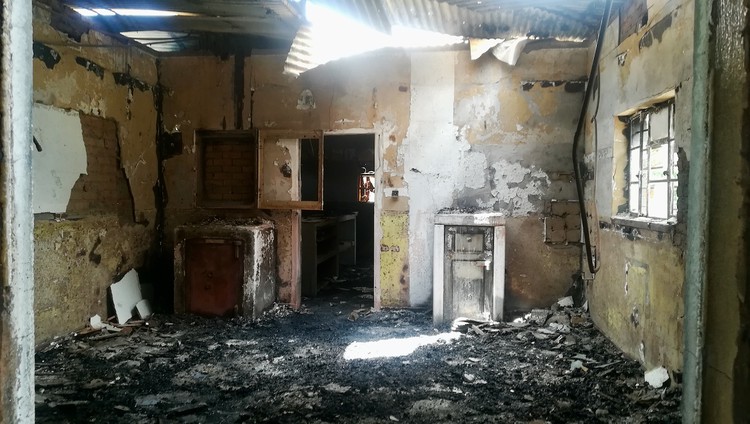 The past week has seen several train stations and substations hit by vandalism, theft and burning in Gauteng.

The affected stations include Park, Maraisburg, Doornfontein and Germiston.

On Thursday morning, a transformer at Benrose substation in Johannesburg was on fire.

A substation is where high voltage electricity is reduced so that it can be redistributed to the trains. The Benrose substation was not operational so no disruptions were caused.

There will be no Gautrain service between Centurion, Pretoria and Hatfield this weekend due to planned maintenance, the train service company has ...
News
2 years ago

Nana Zenani, spokesperson for the Passenger Rail Association of SA (Prasa), told GroundUp that the incident is under investigation to establish whether the transformer was set alight or if the fire was caused by a technical fault.

When GroundUp visited Benrose station, the fire had been extinguished. The floor was covered in wires and plastic parts from the machinery in the room, and the door was blackened by smoke. Two security guards were on duty at the entrance. They said they found the transformer on fire when they arrived at work on Thursday morning.

Maraisburg station, which was burnt on Monday, was also badly damaged. When GroundUp visited the station on Thursday, people were stripping it for recyclable materials. No security guards were present.

Park station was operating as normal on Thursday. Police were patrolling the station and some security guards were present.

A Prasa statement said: “According to security personnel at Park station, a number of criminals forcibly entered the station attacking and looting some of the shops, breaking glass access gates, ticket windows and cars. More alarming however was the stoning of one of the train sets resulting in a broken windshield.”

On Tuesday, Dr Nkosinathi Sishi, Prasa CEO, said Prasa would increase the security at Park station along with police presence.

“Prasa will not allow itself to be harassed by criminals. We have the necessary security personnel to ensure such an incident does not repeat itself again,” said Sishi.

These acts of vandalism coincide with Prasa’s attempted termination of security contracts, which would have put many security guards protecting the railways out of work.

On Tuesday morning, Judge John Hlophe in the Cape high court cast doubt on the assertion that Prasa has enough security.

“The problem is there is no provision for the interim to protect the thousands of commuters every day,” he said.

Hlophe ordered Prasa to continue the security contracts until the new tender is finalised, or until alternative measures are in place including an interim security plan within the month. Whether this will bring the vandalism to an end, at least temporarily, remains to be seen.

The Gauteng high court on Tuesday also ruled that Prasa must reinstate the services of the security companies which had been operating, ordering Prasa to give a calendar month’s notice before terminating their contracts.

Commuters scramble to get to work after power outages halt Gautrain

Gautrain users will have to look for alternative modes of transport after the company announced on Friday morning that their trains had been affected ...
News
2 years ago

WATCH | So close! Transport worker rescues man from tracks, with seconds to spare