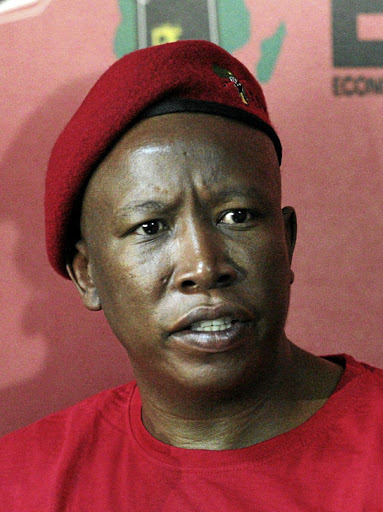 The National Prosecuting Authority (NPA) will continue an investigation into the affairs of EFF leader Julius Malema's Ratanang Family Trust.

However, AfriForum is making representations to the NPA to persuade prosecutors to reconsider their decision not to charge Malema personally for fraud and money laundering linked to the trust.

On Friday, the NPA wrote to AfriForum alerting the organisation that it would not be prosecuting Malema in relation to the On Point Engineering tender awarded by the Limpopo department of roads and transport years ago.

Instead of prosecuting Malema, the NPA said it would charge three directors of the company - Cuthbert Lesiba Gwangwa, Kagisho Dichaba and Thomas Rasethaba - with fraud in the awarding of a tender of over R51m by the department. The NPA said it would conduct a separate investigation into the trust.

Previously, the state accused Malema of substantially benefiting from the On Point Engineering tender, using it to buy a farm and a Mercedes Benz.

It said the trust was an indirect shareholder in On Point.

The two men from Coligny in the North West who were convicted of the April 2017 murder of teenager Matlhomola Mosweu were on Friday granted bail ...
News
2 years ago

The case was struck off the roll after one of his co-accused fell ill in 2015 and hasn't been back in court since.

Last year, AfriForum announced that it would privately prosecute Malema in relation to the tender.

AfriForum chief executive Kallie Kriel said the NPA has been reluctant to prosecute the EFF leader. "We believe it is not the right decision," he said.

"We saw this in how the state charged Schabir Shaik first and tried to pursue former president Jacob Zuma at a later stage. It makes it very hard at a later stage to prosecute someone else.

"We will make representations to the NPA to say why we believe that they should also prosecute Mr Malema. If they refuse, we will then ask them for a certificate to go ahead and prosecute him ourselves."

In 2012, former public protector Thuli Madonsela made damning findings about Malema's involvement in the lucrative roads and bridges tender.

At the time Madonsela said: "Our primary question was: Did Malema benefit? We are saying 'yes', an emphatic yes."

Malema subsequently resigned as a director of Ratanang.

Five days after one of the alleged "kickbacks" to the trust was made, R1m was withdrawn and paid towards the purchase of a farm;

Amounts of R160,000 and R100,000 were paid from the trust to "Sandton Property" and "Sandowns Property" respectively; and

There was evidence that the trust "was probably used... for the transfer of funds obtained through an unlawful process".