Kaizer Chiefs back on track 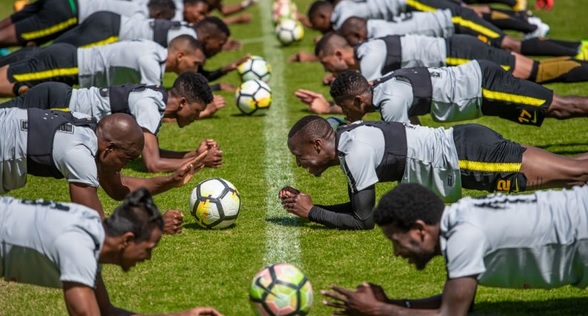 The writer says it is fortunate the management of Kaizer Chiefs heeded his advice by buying competent players.
Image: KAIZER CHIEFS

I once remarked that the failure of Kaizer Chiefs was not only the fault of head coach but incompetent and old players like Bernard Parker. Fortunately management heeded my advice by buying competent players. Now teams will find it difficult to beat Chiefs. - Chopo

Patrick Shai and the other Soweto resident must be charged with treason for sabotaging our economy by refusing to pay for electricity. - Bheki Dlamini

It is disgusting to send blood suckers to quell a march. Shai was trying to help as a voice of reason, but the so-called police shot at him. - Shaluza, Mabeskraal

Shortly before 1994, the ANC instigated thugs to burn down the properties of those who paid for municipal services, thereby creating a culture of nonpayment that still persists. - Chopo

If Rulani Mokwena wants to see players with thuggish behaviour, he must revisit the Telkom derby game to see how his players behaved. - Pio Mashaba

AfriForum to the rescue