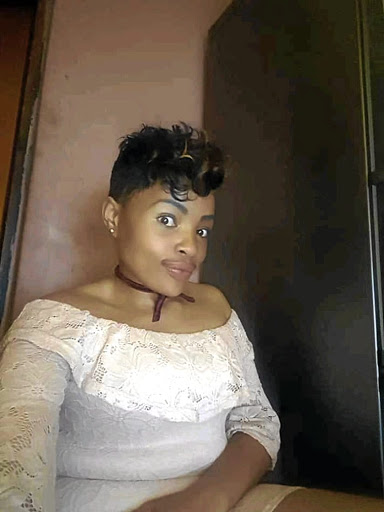 Nonkululeko Mnisi died last year as a result of being stabbed multiple times, allegedly by her lover who's standing trial.
Image: Supplied

A pathology expert who performed an autopsy on the body of a woman who died after being stabbed multiple times, allegedly by her lover, told the court that her clothes were soaked in blood when he received her body.

Dr Kaiser Skhosana, who worked at the Diepkloof Forensic Pathology Service, yesterday told the Protea magistrate's court that Nonkululeko Mnisi died as a result of being stabbed multiple times.

Skhosana was testifying in the murder case of Mncedisi Mbonambi, who is accused of killing Mnisi at his Zola home in Soweto last year.

While being cross-examined by Mbonambi's defence lawyer, advocate Kenneth Gumede, Skhosana told the court that Mnisi's injuries were caused by a sharp object, but could not say with certainty which object it was.

Gumede asked whether a broken bottle could have been used to stab Mnisi or whether Mnisi could have fallen on the broken piece of the bottle that were found on the scene and thus injuring herself.

Skhosana said: "I do not want to speculate but I do not think it is possible for a person to fall in a spot, get up, and fall on the same spot again."

Skhosana detailed some of the injuries that Mnisi had at the time he assessed her body, and said her clothes were soaked in blood as a result.

He said Mnisi sustained a huge gash on the side of her left leg which was about 4.5cm deep as a result of the sharp object that was used to stab her.

"The deceased had an injury on the lateral part of the lower leg, which is the side of the leg.

"This is where one of the major veins is found. Blood that is pumped from the heart travels through this vein and if it is punctured, then the person can lose their lives if they are not treated within a short period of time," Skhosana said.

He said Mnisi had also sustained a wound on her right temple, but said the wound was not a deep one. "The deceased also had a gaping wound on her left upper body, which was 5x5cm, and another wound on the left of the spine, which was 1.5cm deep."

The matter was postponed to November 25 for further testimony to be heard.

On the day of her death, Mnisi had visited 42-year-old Mbonambi.

A neighbour alerted the police to a scuffle that allegedly led to her death.

Police arrived and found the suspect (Mbonambi) with the body in a pool of blood.

Hitmen given R130, two cellphones for hit on wife

A Soweto man has allegedly confessed to hiring hitmen to kill his wife for R70,000.
News
2 years ago
Next Article