Into the belly of the beast 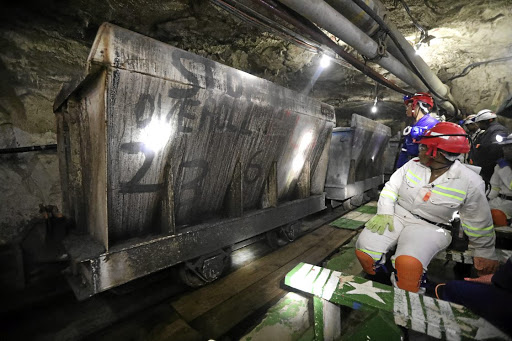 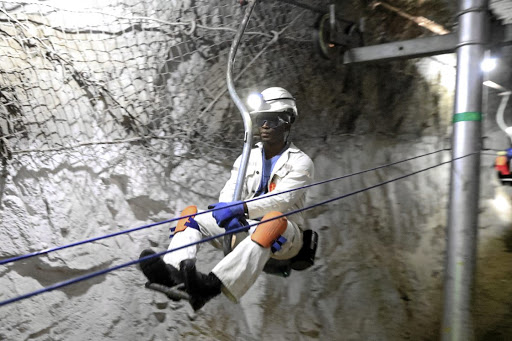 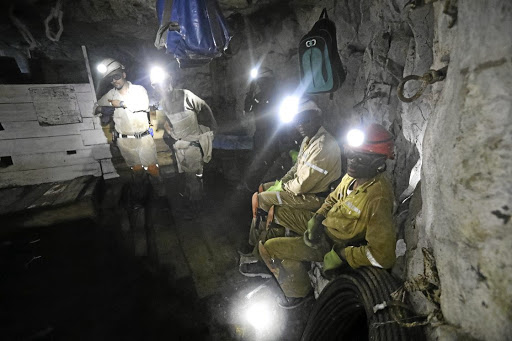 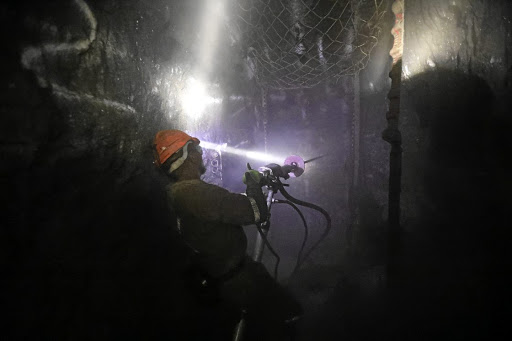 The entrance to Sibanye-Stillwater's Khuseleka mine shaft in Rustenburg is a hive of activity with mineworkers in white overalls and torches emerging from underground.

At every shift change, the miners enter the belly of the earth through the shaft armed with knee guards, hard hats, gloves, ear plugs and goggles.

They go underground not knowing if they will make it back to the surface of a mine boasting one of the largest platinum reserves in South Africa.

Last week, Sowetan joined a team of experts to get a better understanding of the conditions mineworkers work under. We were led underground using a free-fall lift dropping at 15m per second. It took us down 550m in less than a minute.

Once it stopped, we found ourselves having to walk about 200m to where we had to climb onto chairlifts that transported us about a kilometre into the shaft where workers mine platinum.

By the time we reached the tunnel with the lift the humidity had become unbearable. With sweat dripping down our faces, we stopped at a meeting place where shift leaders prepare their crews for the work ahead.

They read reports left behind by crews that worked in preceding shifts and ensure that conditions are favourable to work in. Along the route, dozens of mineworkers go on about their work.

The mine's vice-president, Johan Klein, explained the measures taken to prevent fatal incidents and that some of the biggest risks they faced were related to fall-of-ground incidents, winches and explosives.

"We have refuge bays all over the mines in close proximity to all our working areas for the development, stoping and engineering people on the belts and declines. These are areas that people are trained to go to if there is any emergency and from there we can evacuate them," Klein said.

He said these rooms are under positive pressure, fed with compressed air, have phones, first aid kits and toilet facilities in case mineworkers find themselves trapped.

"They can be sustained for a long period of time until we can get a hold of them in case of a big emergency," he said.

"We have our safety campaigns and systems in place to make us aware in time for incidents like fall of ground.

"We've got a trigger-action response plan which we call a tarp system, with varying triggers in the panels with different conditions. They are classified as a tarp 1, 2, or 3.

"We have different teams that give support recommendations to the teams and they are also coached and trained for the different requirements for that."

Over the past five years, Sibanye-Stillwater's Khusuleka mine has not had a fatality in any of its shafts.

The mine was previously operated and owned by Lonmin.

Safety in the mining industry has come under scrutiny in recent years as result of accidents that have claimed the lives of workers in various mines across the country.

Two weeks ago a mineworker at Sibanye-Stillwater's Thembelani shaft in Rustenburg was killed in a fall of ground incident.

Sibanye-Stillwater also had a brief scare in May, when 1,800 mineworkers at the same mine were stuck underground after rails that were being transported below surface fell down a shaft.

They were pulled to safety within hours.

Klein said they operate with a back-up team that supports their people underground in case of an accident.

"We are providing a service for the guys on the face [underground] because they are the most important people in the shaft and are the most at risk," he said.

According to Klein the mine operates in two shifts with a staff complement of 3,600 people.

"A bulk of our workforce goes down on day shift - about 2,900 - then we have about 550-odd people going in for night shift, then a very small crew on afternoon shift. But that's for logistics only.

"On night shift we have an engineering team only focused on getting material cars underground and out again.

"We have cleaning operations. Day shift guys come in and declare the working place safe again, they prepare for drill and blast and then we have a time-blast system. The whole shaft is evacuated and then have one single blast at the shift that goes off," he said.

At least 35 mineworkers have so far lost their lives in the mining industry this year, nearly half the number that was recorded in the same period last year.

"And this cannot continue," Mathunjwa said.

Klein, however, said they have had 1.6 million fatality- free shifts and have been working towards improving safety mechanisms.