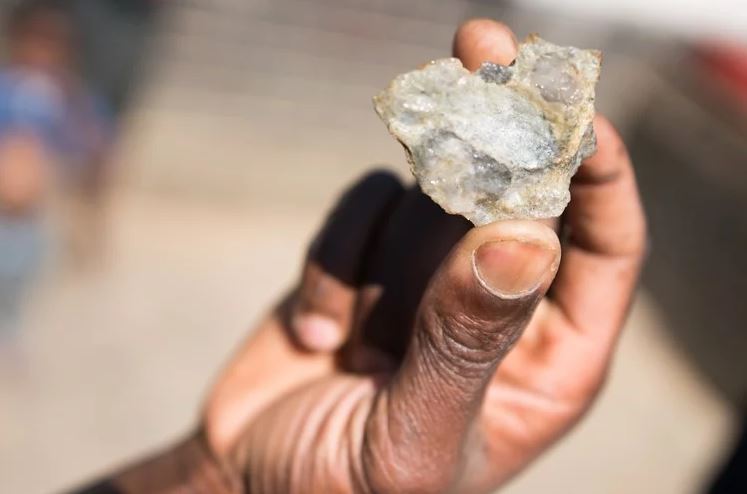 The City of Johannesburg has closed a road in Roodepoort after illegal miners damaged it.
Image: Shaun Swingler

A road in Roodepoort, west of Johannesburg, has been closed after it was destroyed by illegal miners, known as zama-zamas.

The road was closed on June 29 and is scheduled to be reopened in June next year.

“We were forced to shut the road because it has become a ticking time bomb. We found that people were using dangerous explosives just underneath the surface, compromising the road structure and the foundations of the road. The surface has begun to sag, causing pooling of water when it rains which further compromises the road.

“I have spent the last two years pleading with national government to help us with the illegal mining," said Mashaba.

Police seized tons of illegal mining equipment when they pounced on zama-zamas who disguised hundreds of "workshops" as residential shacks.
News
2 years ago

The mayor has since promised to send proof of this claim.

The Sunday Times reported that miners were also using explosives dangerously close to gas and petrol lines as well as the Soweto stadium.

“If something happens I will treat it as premeditated murder and not culpable homicide because the national government has been warned [about the dangers of illegal mining],” Mashaba said.

Head of infrastructure development at the Joburg Roads Agency Siya Genu said the 1km stretch of road was being inspected to assess whether additional structural support was needed to its foundation.

“It would normally cost between R25m and R30m for this length of road to be refurbished, but we don’t know how much it will cost until we know the extent of the damage,” he said.

Genu said this was the only road the city was aware of that had been damaged due to illegal mining, but they suspected there were more.

Mashaba said the city and police officials had been to the site on Tuesday to remove illegal miners.

“We sent a forensic team there [Tuesday] to start shutting down the illegal mining activity. But we are unable to stop illegal mining on our own. Compounding the problem is that people conducting the operations are undocumented, they are processing the minerals and shipping them out the country illegally. The country is losing out because of it," he said.

Apart from rehabilitating the roads, Mashaba said that from next week the inner city would resemble a construction site as his revival plans commenced.

He said the city was facing an overall infrastructure backlog of R170bn.

Sibanye Stillwater spokesperson Henrika Ninham told Sunday Times that between 2013 and 2017, over 2,700 illegal miners were arrested and 1,099 employees were charged with aiding and abetting illegal miners.

“In 2018, 120 illegal miners were arrested and 130 employees charged. This is significantly lower than last year, mainly because of increased security,” she said.

A man‚ believed to be an illegal miner has died‚ allegedly while trying to destroy explosives used in his clandestine activity.
News
4 years ago

At least nine illegal Zimbabwean miners die after mine collapse