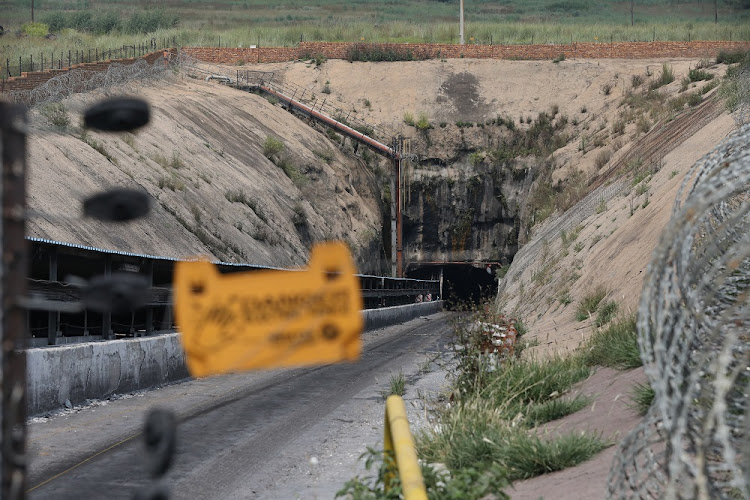 The death toll at the Gloria coal mine near Middelburg in Mpumalanga‚ which was rocked by an underground gas explosion last week‚ increased to 12 on Thursday.

A business rescue representative for the mine‚ Mike Elliot‚ told sister publication TimesLIVE that the rescue team had found seven more bodies underground.

However‚ it was too dangerous for the rescue teams to remain underground and the bodies were not brought to the surface.

"We have identified the position where the bodies are. We need to put in a bigger fan to suck air and explosive and poisonous gases out of the mine.

"Once that fan is operating we will restart the rescue and recovery operations. We will send the mine rescue services down in teams‚" Elliot said.

Fresh air will soon be pumped into the Gloria coal mine in Mpumalanga to allow the search for trapped illegal miners to resume.
News
3 years ago

Several illegal miners were trapped underground after a gas explosion on February 6 while they were stripping cables at the mine‚ which has been closed for several months.

Initially‚ the bodies of five miners were recovered. It is unclear how many miners are still trapped underground.

Elliot would not comment on whether the remaining trapped illegal miners were still alive.

"I would not take a guess on human life. There was a massive explosion in this area and when there is an explosion‚ it is extremely hot.

"There is a huge amount of blast pressure and soon as the gases explode‚ the oxygen is gone‚" he added.

Employees from the Gupta-owned Gloria Coal Mine have halted the search and rescue operation for the remaining trapped illegal miners.
News
3 years ago

An alleged illegal miner who was hospitalised after an underground gas blast at the Gupta-owned Gloria mine in Blinkpan‚ near Middelburg‚ has been ...
News
3 years ago

The death toll at the Gloria coal mine‚ near Middelburg in Mpumalanga‚ which was rocked by an underground gas explosion‚ has risen to five.
News
3 years ago

The initial group of 22 had apparently gone into a shaft at the non-operational Gupta-owned mine near Middelburg, allegedly to steal copper cables.
News
3 years ago

At least one person - believed to be an illegal miner - died on Wednesday in a gas explosion at the Gloria coal mine‚ near Middleburg in Mpumalanga‚ ...
News
3 years ago
Next Article