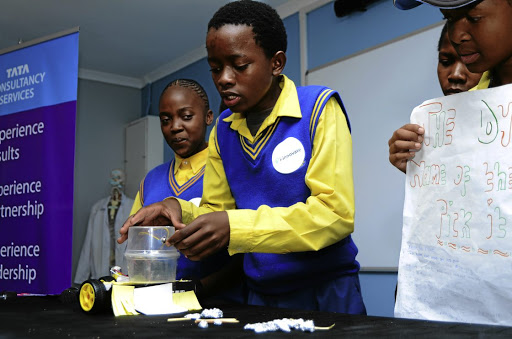 Six grade 9 pupils have created a prototype of a street sweeper robot to clean up their township, Diepsloot, north of Johannesburg.

"We saw a lot of dumping on the streets and kids would get hurt by glass and car tyres would get punctured," Mpempe said.

"Once a child has been harmed by something because of the litter and glass, they have to go to the clinic and that puts strain on the clinic because it could have been prevented."

Mpempe said issues in Diepsloot have a domino effect because a dirty environment creates problems such as illness. The robot, which was built to look like a truck, was created after 15 weeks of the A1 and Robotics for the Future training programme by educational specialist i-Innovate.

"It took us four days to create the robot. We had to balance it to make sure it doesn't collapse when it picks up the litter," Mpempe said. 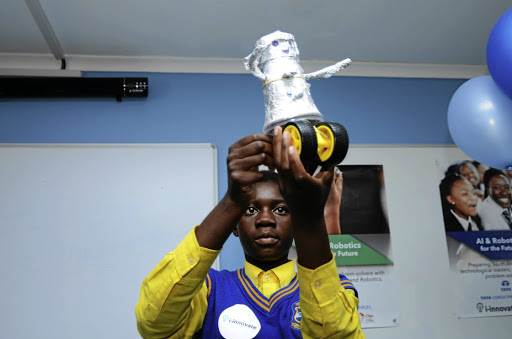 Pupils like 15-year-old France Mpempe were required to present practical innovations that would help better their lives.
Image: Mduduzi Ndzingi

He said it was difficult getting resources to make the robot because they had to use what they had. Mpempe said the robot is meant to sense when there is litter on the streets and sweep it away.

"I hope we are given an opportunity to take this to another level and make a better version of it," Mpempe said.

Other pupils from the school created different prototypes such as a pot that is solar- powered and a water purifying system. The two teams said they were inspired by the lack of clean water and electricity in their communities.

Trisha Crookes from i-Innovate said the pupils had to use their lived experiences to come up with innovative solutions. "Part of the programme was for the students to go out into their own community, their homes and school and identify what are some of the problems, what are some of the challenges that they face," she said.

Pupil (13) to represent SA in Kenya