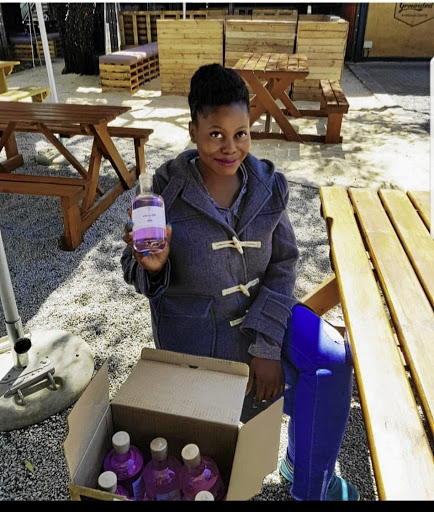 Sewela Mokoena and her gin

A vibrant young gin maker from a village in Limpopo will be one of 56 exhibitors that will be showcasing their liquor at the Whiskey and Spirits Live 2018 Festival at the Sandton Convention Centre in Johannesburg later this month.

The festival is a three-day event where whiskey and spirit connoisseurs will be able to taste different whiskeys and spirits from around the globe. It starts on Wednesday, October 31 to 2 November.

Sewela Mokoena, 28, is one of who will be exhibiting at the festival, the other being personality Jeannie D, who will also be featuring her alcohol at the event.

"I've always loved gin and I realised I could make this a business after hosting a gin tasting event for work," Mokoena said.

The Bachelor of Arts graduate from Wits University said she decided to further her
studies by taking a distillery course at Distillique where she learned the art of making liquor such as whiskey and gin.

Mokoena said she is excited to introduce the 10000 people expected at the festival to her brand - Eleven28 Beverages.

Locally made, we are loving these drinks
S Mag
3 years ago

"I'm excited to meet people in the industry because the only distillers I know are based in Limpopo," she said.

She said she wants to make her own whiskey once her own distillery is off the ground.

PR and social media guru Charlotte Kearsy from Whiskey and Spirits Live said the festival will have a range of activities.

"Visitors can expect to meet master distillers, global brand ambassadors and industry experts on whisky, gins, rums and premium vodkas which will be available for sampling in the tasting hall," she said.

Kearsy said tickets are between R260 and R320 each.

"Tickets include a tasting glass, 16 tasting vouchers and a bottle of Consol Glass Still Water," she said.

In an earlier version of this story we said Sewela Mokoena was one of the first two women to make gin in SA, the other being TV personality Jeannie D.

This is incorrect. It has been clarified to us that they are the only two attending the Whiskey & Spirits Live Festival 2018 starting on October 31. Other people, including women, have done this before.