A decade of fostering a better future 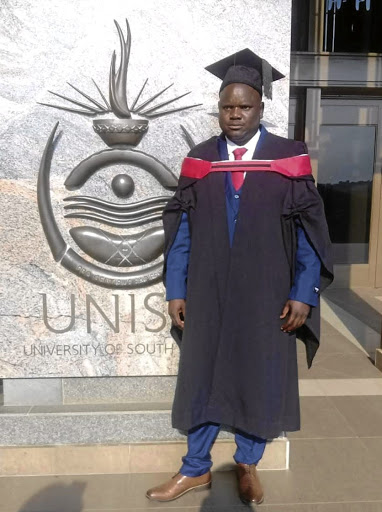 Foster Mathebula graduated with an LLB degree from Unisa while working as a security guard.
Image: SUPPLIED

For years Foster Mathebula had given up on his dream of becoming a lawyer.

But one day, upon reading an inspirational letter in a newspaper, Mathebula - a security guard with G4S - decided to rekindle his childhood dream.

The former herdboy from Giyani in Limpopo can now live his dream after he graduated from the University of South Africa (Unisa) with an LLB last week.

Mathebula, 36, had to juggle a tough university curriculum with his stringent duties at work.

"I enslaved myself. My challenge was to stay employed while studying. I worked with integrity at G4S while making sure that my studies were done," he said.

A fellow security guard helped Mathebula to buy some of his textbooks in 2013.

For over 10 years he had to wake up at 3am to catch a train from Saulsville in Tshwane to go to work in Pretoria in order to put food on the table.

"I had to get off at Kloofsig station and run to work across the N1 freeway. After work I ran back to the train," he said.

During train rides Mathebula would listen to voice recordings of himself reciting his coursework as one of his study methods. The father of two said he would get home at 8.30pm feeling tired.

"Imagine arriving at 8.30pm, cook and then take a bath, thereafter, you are still expected to read," said Mathebula. 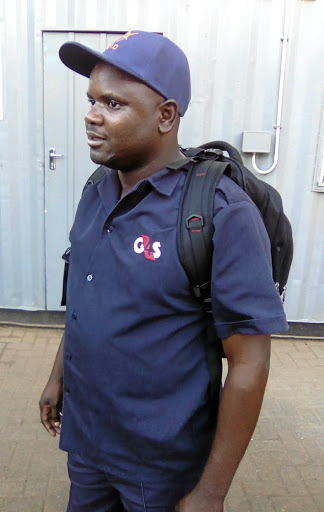 Foster Mathebula on his way to work.

"Sometimes I would not go straight home at the end of my shift. I would continue studying at work and catch a later train home."

Mathebula had to make many sacrifices to ensure that he would be able to graduate.

"I have never enjoyed annual leave because I would add it on to the six days of study leave. On my off days I was always at Unisa. Sometimes I would be there overnight," he said

He said his family life has taken strain as he has been working towards graduating.

"I haven't been home in more than a year and I have not seen my daughter since then. At least I was able to see my son who came with my wife to my graduation."

Mathebula, who still works as a security guard, said he wanted to find a law firm to complete his articles and also to study further for his doctorate.

"I want to help people and try to make South Africa into a better place to live in. I have to take part in transforming South Africa for the benefit of our legal system," he said.