Institutionalising the memory and legacy of Harry Gwala 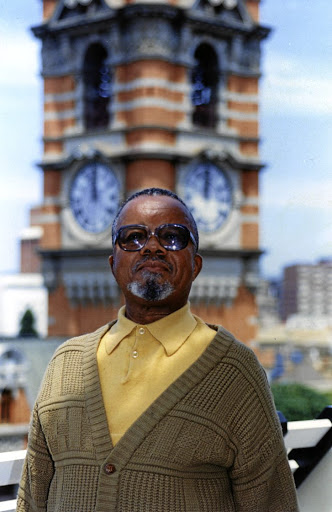 There are a handful or few individuals who leave an indelible mark in the history of humanity, and Harry Gwala was such a towering figure.

His name occupies a special place of pride among South Africans for his unbroken service to the Struggle against apartheid and the birth of a new SA we all enjoy today.

On July 30 2019, as part of remembering this decorated figure of struggle for national liberation and people's power, we officially launched the Harry Gwala Foundation.

In 1992, the ANC bestowed him with its highest honour, Isithwalandwe/Seaparankwe, for his unflinching loyalty and dedication to the fight against a system declared "a crime against humanity".

Gwala, the Lion of the Midlands, ranks among those outstanding figures whose leadership values and courage remains unmatched.

Plea to mourners to behave at funeral

Canaan Mdletshe Canaan MdletshePeople attending the funeral of the late ANC and SACP leader, Moses Mabhida, have been warned to behave ...
News
15 years ago

His fearless leadership, penchant for telling the truth to a point of risking becoming unpopular, his passion for changing conditions of the poor masses and his theoretical uprightness is a legacy that is a gift to us as a generation of young leaders within the ANC and its alliance.

The story of Gwala is largely untold. There are a lot of untruths and distortions made around Gwala's name, including projecting him as a warlord of Natal after the unbannings of political parties in 1990.

If anyone were to interact with elder citizens of Ekurhuleni and KZN they will tell you that they survived political violence because of the assistance from Gwala.

He stood with the people under attack during internecine violence and ensured that they were defended through self-defence units. Scores of displaced people with their homes burnt down during this time would camp in Gwala's house for help and protection.

Among other interventions, he allocated displaced people land without seeking permission from apartheid municipality.

Claims of factionalism ahead of ANC conferences

Factionalism continues to tear the ANC apart as provincial and regional structures prepare to hold their elective conferences.
News
3 years ago

In doing so, he confronted and told the authorities to rather charge him than the people he had directed to build houses to settle on municipal land. Those large human settlements, which are now well developed, are today a legacy of the man he was.

Born in New Hanover, he enrolled at Adams College for a teaching qualification after completing school. As a school teacher he taught among others Moses Mabhida who became general secretary of the SA Communist Party.

Gwala joined the SACP in 1942 and the ANC Youth League in 1944. It was during this time that he began his trade union activism, organising workers in the chemical and building industries. He established the Rubber and Cable Workers Union in Howick.

He was instrumental in organising the 1950 national stayaway, which saw him listed under the Suppression of Communism Act in 1952, and banned for two years.

His activities, including acts of sabotage, led to his arrest and later being sent to Robben Island in 1964. He was released in 1972 but restricted to Pietermaritzburg.

Chris Hani envisaged a future for all of us

He stated at the opening of Codesa: ". this is not the time to emphasise our differences.
Opinion
2 years ago

As a result, he could not pursue his teaching career or trade union activities. He opened a laundry business.

But he defied the system and continued to conduct political operations. This led to his re-arrest in 1975 and 1976. Gwala was sent to Robben Island in 1977 for life imprisonment.
He was released in 1988 after illness from motor neuron disease robbed him of the use of his arms. After his release, he remained a militant.

He was part of the leadership towards and after the unbanning of the liberation movements. He was elected to the ANC national executive committee in 1991 and to the central committee of the SACP.

As an inspired generation, we decided to set up a Harry Gwala Foundation (HGF) as an institutional framework for his remembrance through doing what he was passionate about - making a meaningful contribution to the people, especially the poor.

The HGF was launched on July 30 at Liliesleaf farm, where he and his comrades held secret meetings in the 50s.

ANC struggle veteran Ahmed Kathrada is in a stable condition after undergoing surgery to remove a blood clot on the brain‚ the Ahmed Kathrada ...
News
4 years ago

The HGF is going to do the following :

Collaboration with thinkers and writers for a book on the life and times of Harry Gwala.

Discussion has already started with the National Heritage Council on declaring his resting place a heritage site.

We will host activities next year to mark his centennial birthday under the theme "Harry Gwala - Today - Tomorrow - Forever!

*Lesufi is interim chairperson of the Harry Gwala Foundation

8 places you can visit to honour Mandela on his centenary

Dotted around the country are museums and monuments that pay homage to the Father of the Nation.
S Mag
3 years ago

The world experienced the magic of former President Nelson Mandela's very existence. Come relive his life with us through his pictures... Chronology ...
News
7 years ago
Next Article