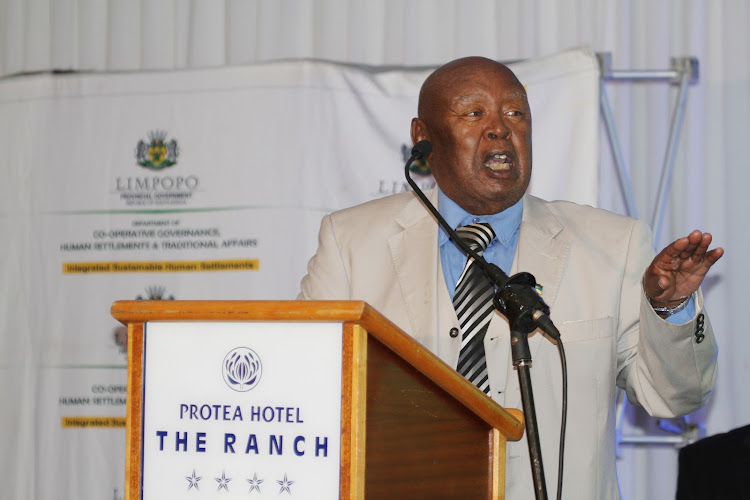 ANC stalwart and veteran Isaac "Bra Ike" Maphoto,88, has been laid to rest in Polokwane, Limpopo.

Speaking at the special official funeral, President Cyril Ramaphosa described Maphoto as a great soldier, who was also an unwavering patriot, a mentor and friend, a philanthropist, and a much-loved father and grandfather.

Ramaphosa said Maphoto was against corruption, self-enrichment or personal gain.

“Bra Ike abhorred corruption and the abuse of the movement to enrich oneself. I am certain that Bra Ike would have been in the forefront against the beneficiaries and defenders of state capture,” he told hundred of mourners gathered at the Polokwane Cricket Club on Sunday.

“In his honour, we must double our efforts and intensify the fight against corruption and hold accountable all those who facilitated the capture of the state by private interest.”

Ramaphosa said he was concerned that many veterans were still living in abject poverty and without housing.

“We need to do  more to help and support our veterans, many of whom are in the twilight of their lives. We will continue our efforts, such as the provision of housing and special pensions, to ensure those who fought for our liberation are spared indignity and hardship,” he said.

ANC veteran and stalwart Bra Ike Maphoto will be buried in Polokwane, Limpopo, on Saturday.
News
3 years ago

His son Mike Maphoto told the mourners that his father knew nothing outside the ANC. “He loved the party with all his heart. His contribution to the struggle will always live on,” he said.

Lekganyane said the ANC branch in Bendor, Polokwane, which became Bra Ike's home for many years has been named after him.

“He was an outstanding freedom fighter and patriot who dedicated his entire life to the service of the people of South Africa. Maphoto is survived by two sisters, three sons, a daughter, 14 grandchildren and 18 great-grandchildren ,”he said.

Maphoto was buried at Heroes acre at the Silicon Cemetery in Polokwane.