What we can learn from heroes 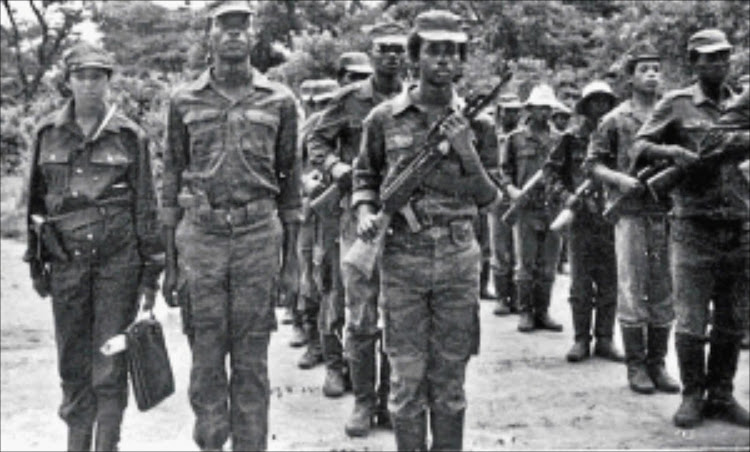 FILE IMAGE: After the ANC was banned in 1960 thousands of its members went into exile, joining its military wing Umkhonto weSizwe in camps in several African countries.
Image: ZOLILE NQOSE COLLECTION

In the twilight of what future historians would probably call the Zuma Years, it became fashionable for political types to strut around publicly in military fatigues.

This they often did to exhibit their "Struggle credentials" as if these alone entitled them to political power in the post-apartheid SA.

Even those political parties whose founding leaders were barely out of their nappies when Nelson Mandela and other revolutionaries suspended the armed Struggle, these days have men in dubious combat gear parading at their mass rallies.

Former president Jacob Zuma is partly to blame for this opportunism. He made militarism fashionable with all his singing about "machine guns" during his march to power.

As a result of this phoney militarism, future generations may view anything in our history associated with the pre-1991 military struggle with suspicion.

Yet there are many real freedom fighters out there not going around bragging about their roles in the Struggle. Many die poor and forgotten, only to be celebrated at their funerals.

One such freedom fighter is Cletus Mzimela, who lived for many years in exile under his Umkhonto weSizwe name of Nicholus Malinga.

He died yesterday aged 82, marking an end to an illustrious life that had seen him participate in the 1967 Wankie guerilla campaign by the ANC and Zimbabwe's Zapu. Mzimela was a seasoned guerilla who also served time on Robben Island.

Like most former combatants of his generation, he never used his history to demand that he jump the queue of service delivery in a free SA. He never behaved as if the country owed him anything because he had spent almost four decades fighting apartheid.

There would be glowing speeches and messages written about him as his comrades prepare for his final journey.

The national flag may even fly at half mast and a special official funeral be declared by the president.

But perhaps the best way to honour Mzimela and many others like him is to learn that one thing they have been trying to teach the current generation of political actors since their return: Humility.