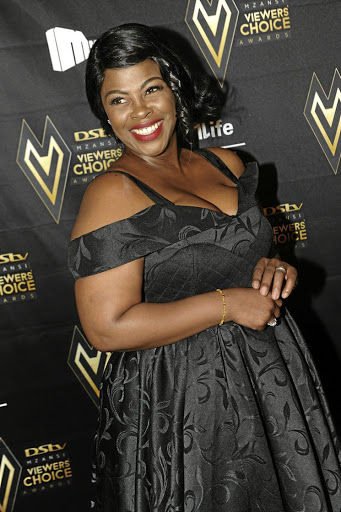 Actor Dawn Thandeka King is one of the drawcards on the soapie Uzalo. / Veli Nhlapo.

If you have been wondering why Uzalo's viewership has skyrocketed, it's all because the soapie prides itself with a simple storyline and characters that ordinary people can relate to.

When the show started in 2015, it hit the five-million mark in terms of viewership. From then it grew to nine million viewership; but its biggest highlight was clocking 10.2- million, becoming the most watched television show in SA in 2018.

According to the show's creative director Mmamitse Thibedi, it wasn't that difficult to achieve the feat because from the onset they decided that they would only explore organic storylines and have characters that speak to their audience.

"We try to keep it very close home and the stories, our stories, are organic and relatable. We are trying to bring our characters close to our viewers. We don't design characters that people cannot relate to," Thibedi said.

She explained that in December, the numbers went down but they were not shaken because all shows suffer at that time. "It drops for everyone because of the holidays. At the end of January, it picks up again. We keep a very close eye on the numbers and we make sure we respond appropriately."

Over the past years, Uzalo's storyline has opened a debate on special network, with people complaining that it was difficult to follow and not making sense at times.

The soapie had many viewers talking with its multiple-cheating episodes. It all started with the story of Mamlambo marrying Nkunzi, her best friend's husband.

Uzalo actor Nkanyiso Makhanya fills us in on fashion, his role and who inspires him.
S Mag
1 year ago

As if that was not enough, when Khathaza rocked up in kwaMashu, Mangcobo decided to marry Nkunzi's biggest enemy. On the other side, Gabisile, who had a child with Nkunzi named Sbonelo, married Qhabanga - Nkunzi's brother.

This year viewers of the soapie have watched Gabisile sleeping with Qhabanga's son Khehla that she eventually killed. When Nkunzi's polygamous marriage did not work he fell in love with Mazaza, a younger woman who is now dating his son Sbonelo.

Asked about the multiple-cheating occurrences, Thibedi said their plan as writers was to keep viewers on their toes. She said they have realised people love fast-moving stories that were resolved in a unexpected way. "When we're writing we don't take the traditional way of writing soapies, we use a contemporary way. We write Uzalo as if we are writing a drama series. People love controversial love relationships," she explained.

Thibedi said the soapie would be introducing a new character - Khathaza's son - who would be brought in to give both Mangcobo and Nkunzi a headache. She said this year, Mangcobo and Nkunzi would be allies as they both had a common enemy. She said viewers could look forward to seeing drama around Sbonelo and Nonka's relationship.

"...We try to explore social issues through relationships. Qhabanga is likely to go back to his ex Nomcebo as he struggles to accept that his wife slept with his son."

Thibedi added that with old soapie characters like Sbu and Fikile, who have been struggling to escape their poverty, viewers need to watch if they would finally upgrade themselves.