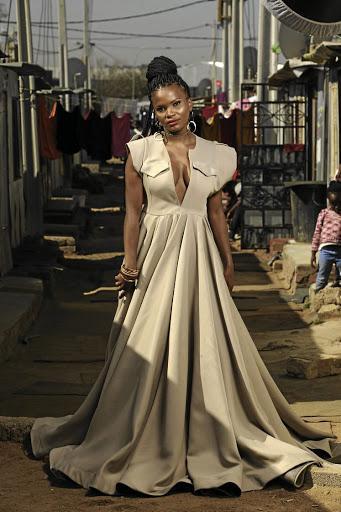 Supernova Ami Faku may have been axed in the top 16 of The Voice SA, but she's seemingly getting the last laugh with her fast-rising music career.

The 26-year-old songbird, born Amanda Faku, has taken the industry by storm, especially after her guest appearance on Sun-El Musician's smash hit Into Ingawe.

"People are appreciating new talent; the turning point for me was the collaboration with Sun-El Musician," she says.

Her debut album Imali that dropped last month has been positively received.

The Afro-soul album has landed her the coveted feat of being Apple Music's New Artist Spotlight for the month of October, following in the footsteps of Sho Madjozi, Simmy, Tellaman and Shekhinah.

The album also debuted at number one on Apple Music (ZA). "The album is just honest. My sound is mature, but youth and modern too. It's very in tune with emotions and doesn't sell lies. It's just relatable," she explains.

Although she didn't get to make it far on The Voice SA, she credits the experience for giving her a rude awakening about how cutthroat the music industry is.

"That's when I learned that talent is only a small portion of the industry and it's equivalent to nothing because there are so many great singers out there. That woke me up and realised that you need much more than a great voice," she says.

Next on her to-do list, she is plotting a collaboration with house music maestro DJ Black Coffee.

Moonchild: 'I’ll post my bum until you stop being shocked'

Sho Madjozi finally jams to John Cena and we love it!
Entertainment
2 years ago
Next Article