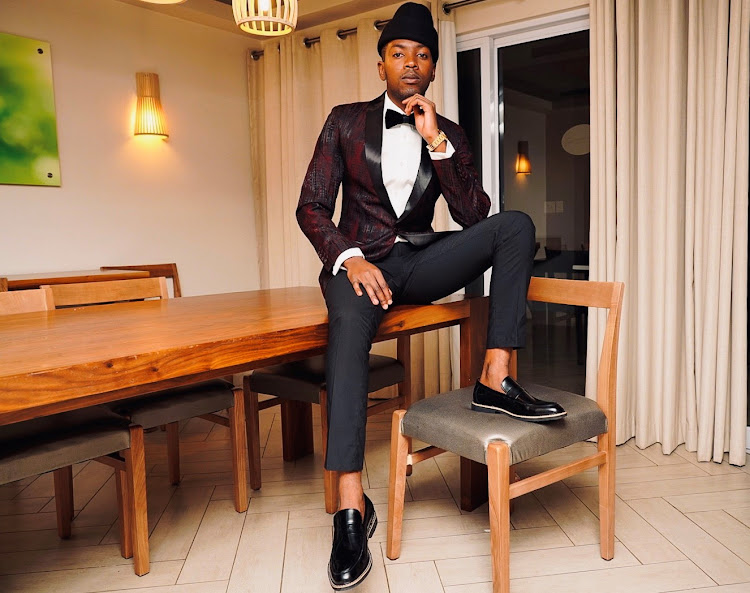 Nkanyiso Makhanya is no stranger to the silver screen. The 26-year-old, who plays popular and much loved character Njeza on SABC 1’s biggest daily soapie Uzalo, started his public life as a TV presenter.

After years as a child star presenting on shows such as Craz-e, Makhanya made the big leap to acting, landing his first ever role as jailbird Njeza.

Through his passion and the successful execution of his role, he has gained many fans, and we caught up with him to chat about his role, fashion and who inspires him.

You auditioned for the first season of Uzalo back in 2015 and didn’t make it. What did the experience teach you?

I auditioned in Johannesburg because I didn’t know about the Durban auditions. So I took a bus, got there at 6am and only auditioned at 6pm. It was my first acting audition. I didn’t know what to expect, but the experience taught me a lot about acting auditions and how you need to be confident and wear your character before you get on stage. The whole experience taught me to be patient.

What has your character on Uzalo taught you?

My character has taught me quite a lot, like patience and mutual respect. It has also taught me to take care of my family more.

Why do you think the audience has responded so positively to your character, Njeza?

I can never be sure but mostly guys tell me they can relate so much. They feel like I’m not acting and that it’s real. It’s not far-fetched and they can relate. What I act is what really happens in townships.

Uzalo deals with social issues, some affecting young men. What do you think is the biggest challenge facing young men?

I think there’s a lot of social pressure. A lot of things are as a result of unnecessary social pressure and people need to be patient. My advice to young men is that they should work towards everything they want and take care of themselves. Everything we do has its results. Parents also need to play a huge role in raising boys.

Which actors inspire you?

I am inspired by a lot of people. Denzel Washington who I grew up watching, Angelina Jolie, Dawn Thandeka King who I work with and Menzi Ngubane from whom I draw a lot of inspiration for my character of Njeza.

Your show is based in Durban. What are three things any visitor must definitely see/experience there?

I would say they need to experience the townships… like Umlazi, KwaMashu and so on. They can also go to the beach, and thirdly I would say visit the KZN rural areas. It’s very different and you experience different dialects of Zulu, which are not the same as what’s spoken in urban areas.

You seem to have a love affair with fashion. What inspired it?

I was raised in a family of cleanliness. My parents were always cleanly dressed, and that’s how I was raised.

Regardless of how cheap a clothing item was, it was always clean. So I’d say my parents played a huge role in inspiring me.

What are your top three grooming tips?

Most guys don’t do their nails or take care of their skin. Personally, I take care of my skin because I’m in the sun a lot.

So I would say my top three tips are manicure, pedicure and taking care of your

What are your top three menswear fashion must-haves?

What, for you, is the ideal weekend?

I’m a very boring person. I do go out now and again, but I’m always reading my script or catching up on series. If I do go out, it’s for lunch and then clubbing. I enjoy the club space more than a shisanyama setting.

Is it possible to chop onions without crying? We tested which tricks really work

Tissues at the ready, Sanet Oberholzer tries five simple tricks that are meant to stop you from tearing up at the cutting board. Some worked well, ...
S Mag
2 years ago

Cook the perfect prawns by following these five easy steps

To celebrate a prawn extravaganza, we learned how to cook the perfect prawns.
S Mag
2 years ago

Six tips to keep your teeth and gums healthy

Orbit shares advice on how to save your smile and avoid cavities.
S Mag
2 years ago
Next Article