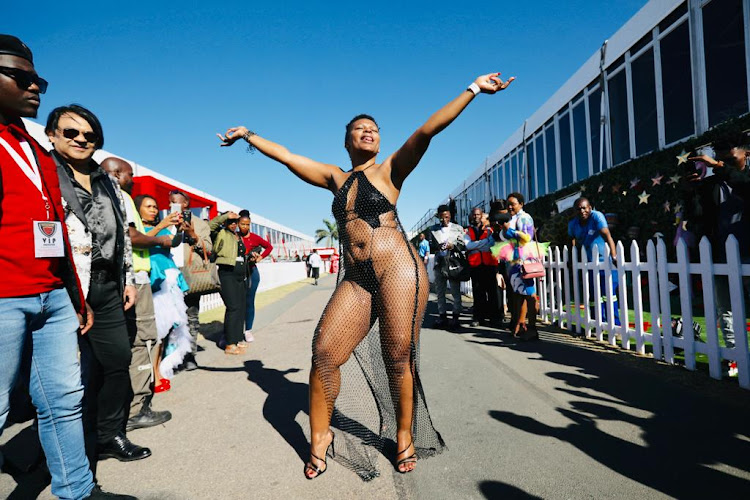 Socialite and dancer Zodwa Wabantu is set to become a movie actress.

Born Zodwa Libram, she landed the role of a stylish housewife in a new local film to be shot in Cape Town.

She is also soon due to launch her perfume range.

Speaking to Sowetan at the launch of DJ Knockout Challenge 2019 at Birchwood Hotel in Boksburg on Saturday, the socialite said she signed the contract last week.

She is bound by the contract not to reveal more about the film. However, she said a "meet-and-greet" session for the cast members is scheduled for September 26. The film is due to be shot at the beginning of October.

Her perfume range will be available from November.

"I am excited because I have never imagined myself as an actor, let alone a performer. I was headhunted. God has been good to me. Even on the perfume deal, I was approached by an international company."

Zodwa has previously acted in a drama series and also appeared on Uzalo on SABC1.

She will be shooting season 2 of her reality show, Zodwa Wabantu Uncensored.

Women have fought very hard to be recognised as equals and be respected, and not be seen as objects whose sole purpose in life is to pleasure men.
Opinion
2 years ago

WATCH | 'Those men are my supporters': Zodwa Wabantu on groping video

Zodwa Wabantu's fans are fuming after a video of her being "touched inappropriately" by male fans went viral.
Pic of The Day
2 years ago
Next Article