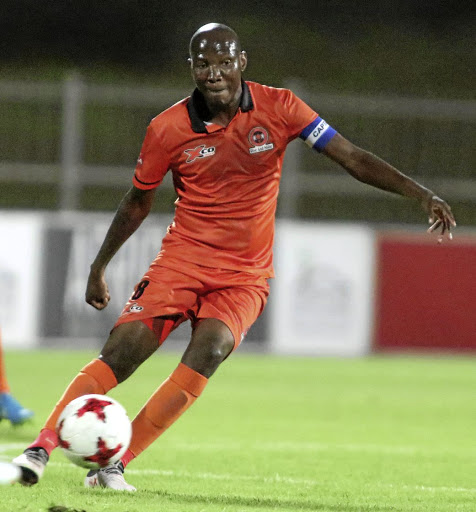 Polokwane City veteran midfielder Jabu Maluleke could find himself on the books of Turkish club Goztepe SK if the interest in him finally bears fruit.

The City captain, who has scored twice so far this season, is in line to follow in the footsteps of former Kaizer Chiefs midfield general Siphiwe Tshabalala by signing with an overseas club in the twilight of his career.

Maluleke, 37, was coy when Sunday World spoke to him this week about the possibility of playing abroad. He did not deny or confirm the prospects of a move abroad.

"Look, for now there is nothing I can say. I'll be in contact with you soon," the shy Maluleke said.

When pressed to confirm whether the Turkish Super Lig side, currently 11th on the log had contacted him or his agent, again he was evasive and would not reveal much.

"I don't want to say anything at the moment."

Repeat of 2011 not likely - Mayambela
Sport
3 years ago

It is not uncommon though for players, following their agents advice, more significantly avoiding to upset their bosses at their current clubs to keep mum on possible lucrative contracts overseas.

For fear of reprisals from the club or jeopardising the negotiations before signing on dotted line, players keep their cards close to their chests.

The Rise and Shine attacking midfielder's sealing of his lips points to either Goztepe having contact him directly or negotiations are conducted through his agent.

Talks between the parties could be at an early or at an advanced stage.

The talismanic midfielder, however, indicated that while he could not comment, he would at a later stage talk about the impending move.

If all goes well, Maluleke could make football history by becoming one of the oldest players after Tshabalala, 34, to move overseas.