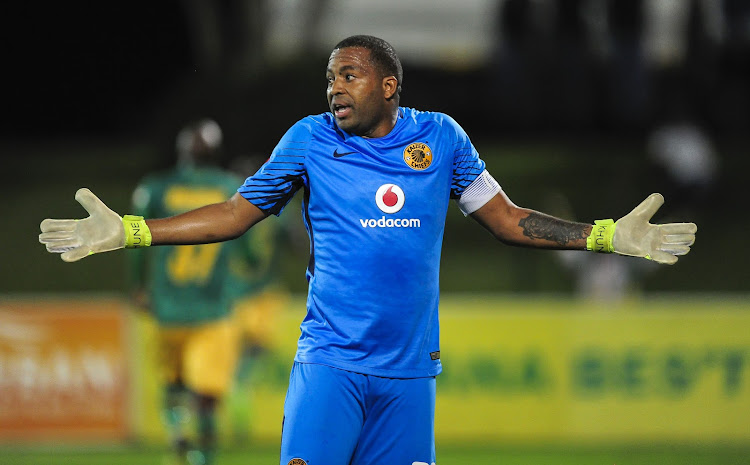 It is uncertain whether Kaizer Chiefs captain Itumeleng Khune will be fielded in the team's next game.
Image: ©Gerhard Duraan/BackpagePix

Kaizer Chiefs coach Ernst Middendorp wouldn’t be drawn into whether star goalkeeper Itumeleng Khune was going to be fit for Tuesday’s away league game against Cape Town City.

Khune came back into the matchday squad for the first time since December when Chiefs hosted Supersport United on Saturday and when he greeted the fans on his way to on the bench‚ they responded warmly and expectantly. A shoulder injury has kept him on the sidelines for months.

“I quoted myself saying Khama Billiat and Itumeleng Khune will be available for selection with the view to this game (against Supersport).

"That doesn’t mean I’m dumping myself into a headache in terms of selection‚” Middendorp said.

“We had to watch the week and look at how these guys were performing.

"We’re discussing these players every day but I think in this moment‚ we had a win-win situation for everyone.

"Khune was in the squad and wanted to feel the team environment‚ which he hasn’t had since December last year.

"He needs to be put in step-by-step but (goalkeeper) Daniel Akpeyi had a good game.”

Kaizer Chiefs coach Ernst Middendorp has promised a new-look Amakhosi when they meet Highlands Park in their Absa Premiership season-opener at ...
Sport
2 years ago

Khune's absence sparked a keeper crisis at the club while the national team also struggled to replace him. But SuperSport’s Ronwen Williams‚ who also had a good game on Saturday‚ has deputised well for him at national team level.

Chiefs‚ who went top of the log despite the draw‚ only had themselves to blame for not collecting maximum points.

Their Serbian forward Samir Nurkovic was a constant threat throughout the game.

Besides scoring the game’s opening goal in the 14th minute‚ he kept Williams busy and also threaded passes that weren’t converted by his team-mates.

Middendorp said they’re still a work in progress‚ but hoped that defender Erick Mathoho would be fit for Tuesday’s trip to Cape Town.

The lanky centre back was substituted late in the game‚ with his replacement Lorenzo Gordinho conceding the penalty that nearly consigned Chiefs to a first defeat of the 2019/2020 season.

“We still have a long way to go.

“We’ve got a day less to prepare for the Cape Town City game."