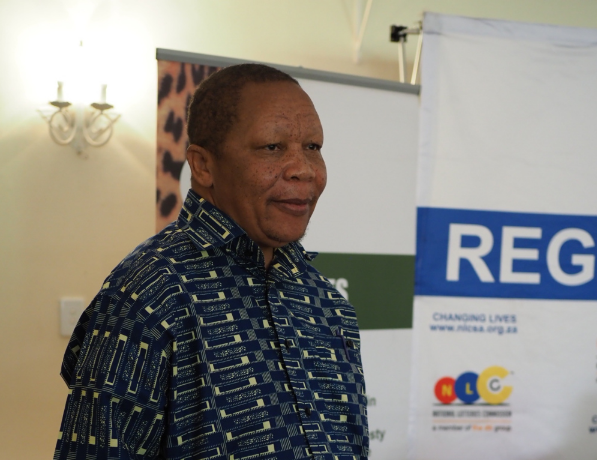 The NLC is a regulatory body mandated to police lotteries and sports pools, together with protecting the public against illegal lotteries.

Illegal lotteries are lotteries that are not authorised in terms of the Lotteries Act.

The Commission is on a nationwide drive conducting workshops to educate citizens on compliance and it stopped in Irene in Pretoria on Wednesday warn about a number of internet sites that have mushroomed.

“These websites are often not regulated by countries whose lotteries are being offered. “These illegal lotteries are prevalent," said NLC commissioner Thabang Mampane.

She said participation in such lotteries may result in financial loss to players or gamblers without any recourse available.

“There is only one authorised National Lottery in South Africa which is operated by Ithuba Holdings.”

According to the NLC chairperson Professor Alfred Nevhutanda, illegal lotteries are robbing good causes of valuable support from the Commission.

Nevhutanda said that illegal lotteries are debilitating the potential of the NLC to support good causes and that it’s time for all stakeholders to work together to solve this scourge.

Nevhutanda said a joint task force, including the SA Police Service, has already been established and would like to see the NLC being given the mandate to “declare war” on those impinging on the National Lottery.

“It is my plea that the Department of Trade and Industry gives us teeth to bite,” said Nevhutanda.

He added that the Lotteries Amendment Act, which brought the NLC into being, has a shortcoming in terms of enforcement.

“We need to look at regulatory imperatives to identify flaws within the South African legal framework and I believe we need to form a consortium of related entities which are all regulated under the same framework.”

Meanwhile, the NLC and the National House of Traditional Leaders last week entered into a partnership that will see the Commission turn its focus from established organisations, mostly in urban areas, to development initiatives in the rural areas.

The days of well off establishments benefiting from nearly all of the funding from the NLC could be a thing of the past following the signing of this partnership.

The partnership was struck in the city of Polokwane in Limpopo with the signing of a Memorandum of Understanding.