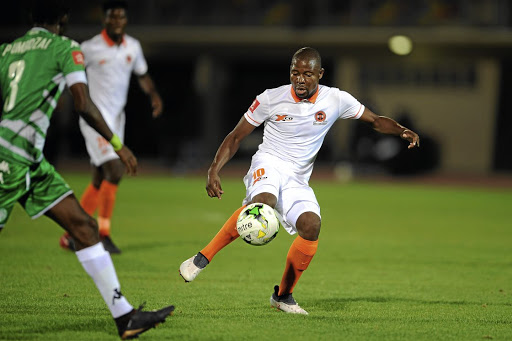 Polokwane City's jersey No10 Puleng Tlolane feels the MultiChoice Diski Challenge (MDC) has prepared him well to fight for his place in the first team.

While he's been finding it difficult to break into the starting line-up in the first team, Tlolane, 27, has been one of the best players in the MDC this season.

The Rise and Shine's forgotten striker has netted six goals in the reserve league.

"It's been very tough for me. I do not know why I am not playing in the first team, but what I know is that the MDC has helped to regain my confidence. I can say that I am ready to return to the first team and fight for my place," Tlolane told Sowetan.

After three weeks of inaction due to the Fifa break and their Telkom Knockout non-involvement, Polokwane coach Josef Vukusic may be tempted to turn to Tlolane when the league resumes tonight as they host Cape Town City at the Old Peter Mokaba Stadium (7.30pm).

"As a player, you always want to play. If you do not play, you get frustrated. It is not a secret that I am not happy about lack of game time but I cannot ask the coach why he's not playing me," said Tlolane.

Asked where he thought Polokwane will finish at the end of the season, the Zebediela, Limpopo-born striker did not hesitate to register his optimism that the Rise and Shine can finish in the top four.

"Top four is possible for us. We are believing in ourselves and we are working very hard, so I do not see why we must not challenge for the top four,'' said Tlolane, who has played only three league matches this season, coming from the bench in all of them.