Sundowns could get two players it wants before transfer window closes: Pitso Mosimane 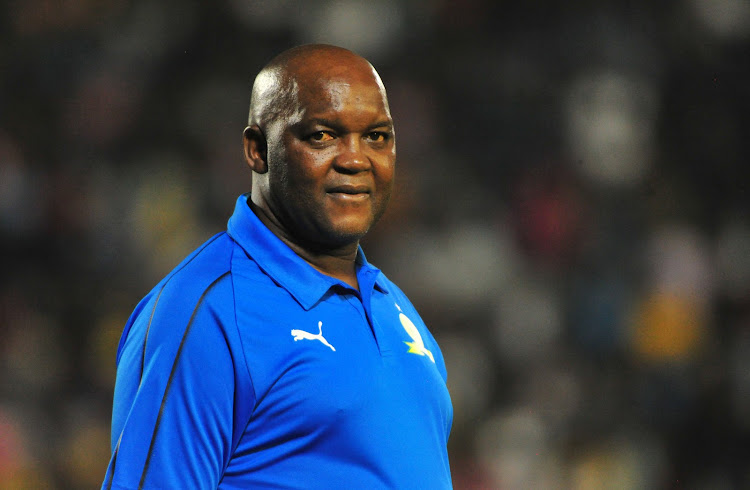 Mamelodi Sundowns coach Pitso Mosimane hasn’t given up hope of making one or two major signings before the transfer window slams shut at the end of the week.

Sundowns have been heavily linked with Kaizer Chiefs star Khama Billiat and Mosimane said anything is possible as the last day of doing transfer business approaches.

"You know the players we want and we can’t get them for now‚ but we will try again.

"We have to push because anything is possible in football‚" said Mosimane.

Mosimane said in Europe the players have the power to decide where and how they move to clubs‚ which is very different to the way transfers are handled in South Africa.

"If David Luiz wants to go to Arsenal‚ he goes and you know what he does to go‚" he said.

"I am not saying that those things should be done because it can happen to me one day.

"If Eden Hazard wants to go to Real Madrid‚ he makes sure that he goes‚ you know the story.

"Ronaldo wanted to go to Juventus‚ he left Madrid and it was not a small transfer.

"Neymar wants to go and he is not playing."

Mosimane said getting the players he wants has become complicated as they are contracted elsewhere. He said their clubs do not want to sell‚ but he remained hopeful that things would change in the coming days.

"They don’t want to sell but anything is possible because every player has a price tag and I have said the same thing‚" he said.

"(Gaston) Sirino has a price and it is the way it is.

"There are two signings we want to make because they will take us to another level.

"We need players who will give competition to those that are in the starting eleven.

"If they are not coming to do that‚ why are you bringing them?

"We don’t want to duplicate for the sake of duplicating because the team has resources to sign.

"Sundowns have always signed players for seven years before I arrived but the issue is can you put it together?

"We don’t want players because we just want to sign players‚ we still have guys like Aubrey Ngoma‚ Jeremy Brockie and Lucky Mohomi and they will get a chance to play.

“I have been good and I haven’t spoken about other people’s players.

"I have avoided being in that space‚ but football is football.

"If you ask me‚ does Sirino wants to go‚ the answer is that he doesn’t want to go.

"If you ask me if Themba Zwane wants to go‚ he doesn’t want to go and those are facts."

Sundowns beat Otoho d’Oyo 4-0 (5-2 on aggregate) at Lucas Moripe Stadium on Saturday night to book a place in the next round of the Caf Champions League.

For most parts of the first half, Mamelodi Sundowns picked apart this modest Otoho d’Oyo side from Congo Brazzaville with precision and ruthlessness ...
Sport
2 years ago

Pitso Mosimane has admitted concern about his side recovering some freshness for Saturday’s Caf Champions League challenge against AS Otoho d’Oyo of ...
Sport
2 years ago
Next Article