For Tshilo, age's just a number 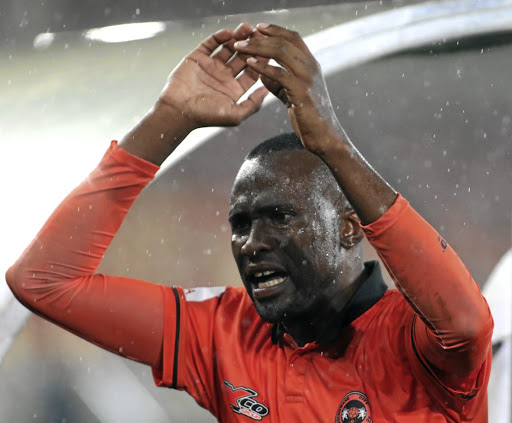 Maccabi FC captain Thapelo Tshilo is not fazed by people who call him names because of his age. /ANTONIO MUCHAVE

Once players who are over 30 years of age descend to lower divisions such as the National First Division (NFD), football maniacs write them off, calling them amakhehla, which loosely translates to oldies.

Ironically, Maccabi captain Thapelo Tshilo, 33, is not offended by the amakhehla tag, instead the hard-tackling ex-Polokwane City, Mamelodi Sundowns and Jomo Cosmos defender wants the oldies to prove their critics wrong on the field of play.

"I do not have a problem when people call me names because of my age. I do all the talking on the field. My wish is to see all the guys who are over 30 doing miracles on the field," Tshilo told Sowetan on the sidelines of the NFD Nedbank Cup qualification media conference at the PSL offices on Wednesday.

For a berth in the first round of the Nedbank Cup, Tshilo's Maccabi travel to unpredictable University of Pretoria at Tuks Stadium tomorrow. The well-travelled centre-back is determined to lead the NFD newcomers to the last 16.

Mamelodi Sundowns efficiently were back on the winning warpath with a slick 2-0 Premier Soccer League victory against Polokwane City at Peter Mokaba ...
Sport
5 years ago

"We've already played AmaTuks in the first round, we drew 1-1 (it was actually a goalless stalemate at Tuks Stadium in September). We know their strengths and weakness.

"I am positive we will progress to the last 16," noted Tshilo, who hails from Boksburg on the East Rand.

Having already bagged three goals, lanky striker Mame Niang is expected to spearhead AmaTuks' attack. Tshilo has vowed to keep the Senegalese-born forward at bay, banking on his experience of dealing with him.

"I have played against Mame many times before. I know him very well.

"I am not scared of him. We have prepared for him. His biggest weapon is his aerial ability but I will make sure I arrive first on the ball."