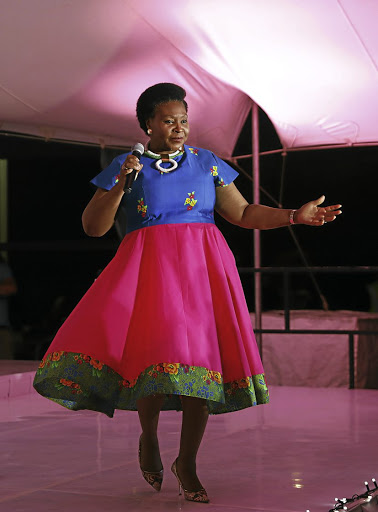 Yvonne Chaka Chaka was meant to be honoured with a doll, but it looked nothing like her.
Image: Alon Skuy

Music legend Yvonne Chaka Chaka has declined an offer to be honoured with a Barbie doll as the imitations presented to her looked more like they were created by hopeless painter Lebani Sirenje, known to many as Rasta.

Sunday World can reveal that the doll makers honoured musician Lira as a plan B after the no- nonsense Chaka Chaka turned down two sets of creations, arguing that they looked nothing like her.

The American doll company announced in February that Chaka Chaka would be the first Shero Barbie in Africa, but many were surprised when her thunder was stolen by the Afro soul musician on Tuesday.

In celebrating Barbie's 60th anniversary, Chaka Chaka was supposed to be honoured on March 8 to coincide with International Women's Day celebrations. The celebrations were part of the world's most famous doll's #MoreRoleModels campaign.

"As part of the global celebrations Barbie will be honouring Yvonne Chaka Chaka as part of their Shero programme which started in 2015.

"Yvonne Chaka Chaka is the first South African and African to be honoured by Barbie. Through the Shero programme, Sheroes are given the Barbie brand's highest honour, a one-of-a-kind doll made in their likeness, in celebration of their roles in expanding the possibilities for girls everywhere," reads the press statement released earlier this year.

The Princess of Africa confirmed to Sunday World that she sent the Barbie reps packing after they came to her home and presented her with dolls that "looked like original Barbie dolls covered with a brown polish".

The Umqombothi and I'm In Love With A DJ hitmaker said the dolls presented to her looked slimmer and had none of her facial features.

"They showed me the doll and I told them that I'm not up for it if the said dolls will look nothing like me. This is simply because I was promised something that will look exactly like me. I respect myself that much.

"I told them to give it another try and they failed again," said the UN ambassador.

Chaka Chaka said the second attempt by the creatives was equally poor and she asked them to continue trying to make a doll that resembled her.

"They then started ignoring me. They don't answer my calls anymore and they don't want to talk about that doll anymore.

"I did not want to look desperate to be honoured with this once-off Barbie doll. People would have laughed at me for belittling myself like that. I told them to try hard enough ... but it seems they failed.

"I was much in love with the idea that Barbie can be anything, like an astronaut or musician. I did not appreciate that they wanted to use my name on what looked nothing like me," she said.

Representatives of Barbie in SA, speaking through Linda Weaver, said: Yvonne Chaka Chaka is an inspiration to women and girls not only in South Africa and Africa, but also globally. Barbie hugely admires Yvonne's story and career and we hope to work with her in the future.

"We have an ongoing list of amazing women we would like to honour across the African continent and this is an ongoing programme. We did not land on a doll execution with Yvonne, but Barbie continues to be inspired by her story."