Glam Kruger camps not for faint-hearted 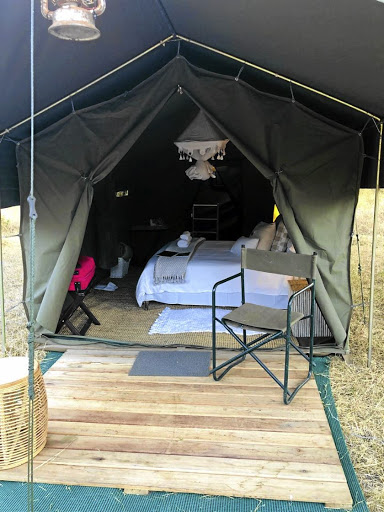 A glimpse into the neatly made bedroom with white sheets and an electric blanket to keep the cold away.

Glamping, loosely meaning glamorous camping, has become a new way to enjoy the outdoors - even during the winter season.

A group of journalists found this out when they were invited to tour a "secret location" within the Kruger National Park in Mpumalanga last week.

No one knew about the mysterious location and host Judiet Barnes kept the adrenaline junkies excited when she told the story of a leopard and lion that were heard fighting near their sleeping area.

Although we were tired from the six-hour trip to the Kruger gate, we could not wait to finish the mouth-watering lunch at Skukuza Rest Camp and explore what we imagined was utopia.

It was another 45 minutes of driving inside the park to get to the tented area in the middle of the bush, and our ranger, who only wanted to be identified by his first name, Thulani, kept us interested in the mysterious site. Upon arrival at the glamping site, Barnes warned us to always be in the sight of the camouflage-dressed rangers.

It was only then that we were told we were standing right in the middle of unfenced lion and leopard territory - and there was no way back. 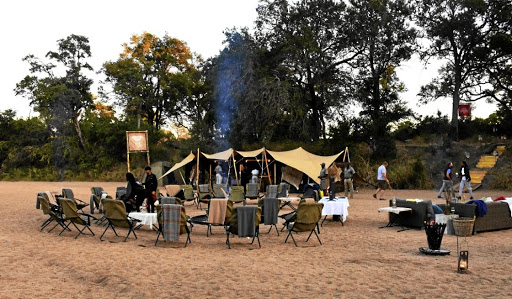 The open-air fireplace gives you a full gaze at the stars while under a spell of lion roars.

Gleaming and aureate lights from tents welcomed us to the first ever Kruger Grande.

The two-roomed tents had everything one needed. The bathroom had a smart, mobile toilet and a shower that needs to be prepared at least 15 minutes before use.

The bed was neatly made with white sheets and an electric blanket to keep the cold away.

However, the generator goes off 30 minutes after the last person leaves the reception area and cranked up again 15 minutes before the first game drive at 6am.

Next to the top-notch tents is the fireside, which keeps the camping feel real.

As expected, the fire talk brought up horror tales that had us imagining what would happen if the generator went off, or who would survive if hungry leopards came to attack. While waiting for lions' roars, sounds of baboons fighting could be heard at about 3am and did not stop until day break.

Thebe Tourism director Jerry Mabena says they were planning to do more glampings around the country's natural attractions to give people a chance to "wake up where they wish to".

"The goal will be to extend the tented-camp offering to other smaller groups and even individual visitors - much like a pop-up hotel which appears for a short period of time then moves on to the next iconic location," he says.

But the luxurious safari experience doesn't come cheap. A night's stay costs nearly R3,000, or R5,000 with a game drive.