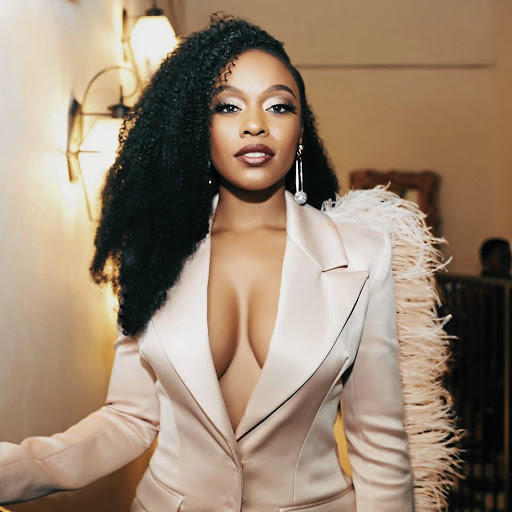 Nomzamo Mbatha wrote, co-produced and stars in the film.

Media darling Nomzamo Mbatha has yet again spread her wings and ventured into film production.

The Mzansi actress, known for her role as Thandeka on Mzansi Magic's telenovela Isibaya, wrote a short film titled 2 Grams And A Sunrise, which made its South African premiere yesterday at the Durban International Film Festival 2019.

The 15-minute film made its international premiere in Spain earlier this year.

Mbatha, who co-produced the film alongside the controversial Inxeba writer Malusi Bhengu, also plays the role of a fading gqom artist called Zee.

The artist, who is losing her glitz and glam, leaves the suburbs in search of her legendary jazz artist father in the streets of Hillbrow, Joburg.

The film was inspired by the artwork and music that is found around the notorious neighbourhood and aims to tell the story of family unity.

Nomzamo Mbatha's letter to herself: Girls like me aren’t supposed to make it but I did

Nomzamo Mbatha is proof that dreams do come true.
Pic of The Day
2 years ago

"I had been looking for that one storyline and character that would strip me bare and showcase me as more than a sweet-romantic actress.

"It's not just about the gqom, the character would be anyone of us losing ourselves to the ways of the world. To me it's about how we pick ourselves up and overcome our challenges," she said.

Mbatha said she was looking forward to showcasing her work around the globe and was already preparing to showcase in Morocco next month.

"This was a collaborative effort with Malusi Bhengu whose work I have always admired and celebrated. When our creative minds got going we birthed our first of many projects together.

"The reception to it around the world has been amazing," said Mbatha.