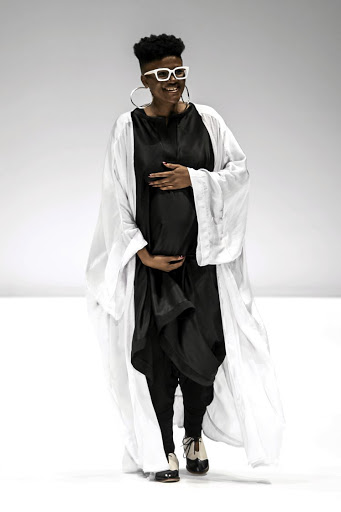 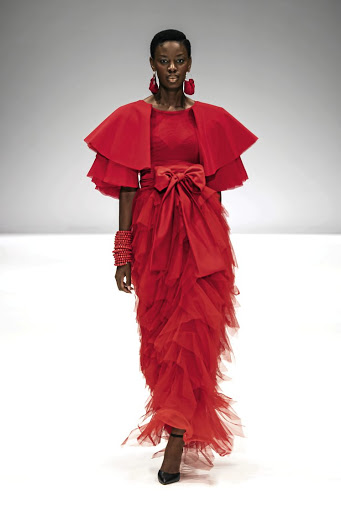 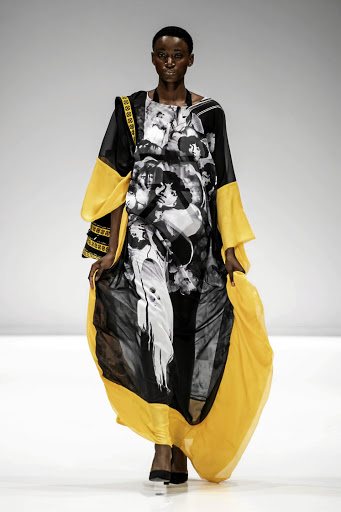 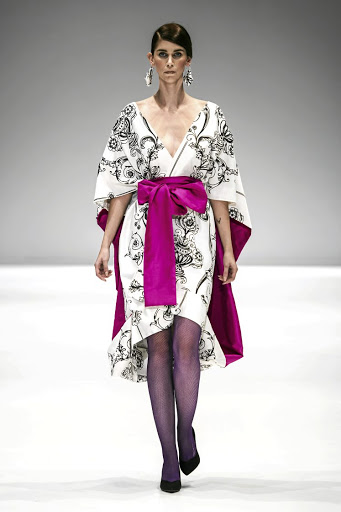 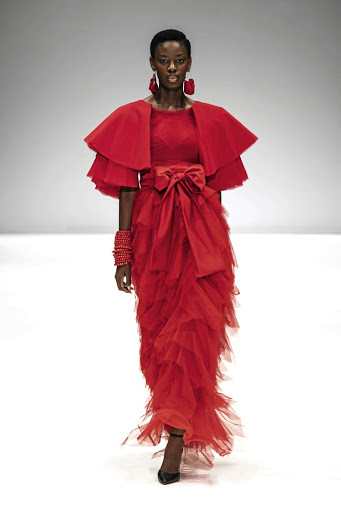 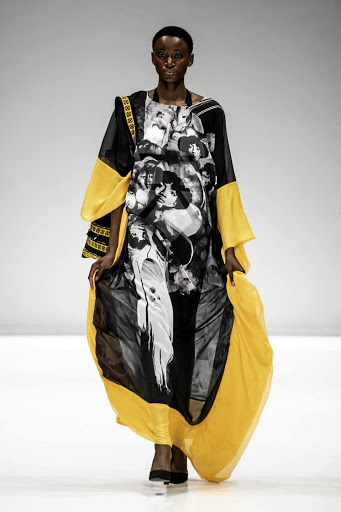 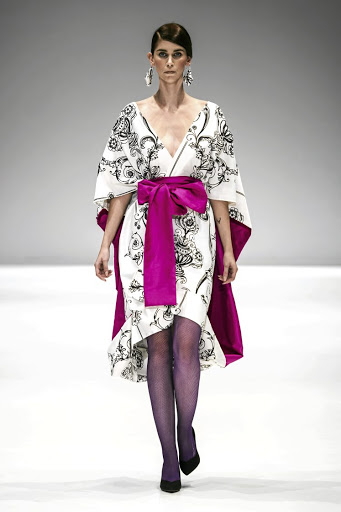 Johannesburg-based designer of Mantsho label, Palesa Mokubung, revealed after her showcase at the SA Fashion Spring/ Summer 2019 in Sandton on Thursday, that she is expecting her first bundle of joy.

In the presence of close friends, family, clients, celebrities and the media, Mokubung rubbed her tummy with excitement when she was taking a bow after showcasing her collection, to reveal the good news.

The Mantsho designer is known for her vibrant, bold and expressive designs and this year was no exception.

Her models walked down the runway to the dramatic soundtrack of the classical Carl Orff - O Fortuna by Carmina Burana, with the climax the revelation of her baby bump.

The designer kicked off her collection with solid bold colours of
reds, yellows and pinks with distinct monochrome prints.

This year, Mokubung played with various lengths and fabrics that completed her vision which she said was about taking two concepts that contradict each other to come up with designs that make sense.

She said the collection took roughly two months before it hit the runway.

"The concept and the sourcing of fabrics, research and soul-searching, all of that happened way before. I mean I started thinking about this collection last year," she said.

Stars realise fame can be fleeting.
Lifestyle
3 years ago

After the show, backstage, Mokubung told Sunday World she was expecting a baby girl soon. The mom-to-be said the process of making the collection while pregnant was relentless.

"It has made me push myself to areas that I have never been. I am having a girl and I don't know if it shows in the collection, hence maybe I am so colourful. I've never come out in this way because I've never had these kinds of hormones.

"The process was relentless, I'd make something then went home and I thought about it over and over. Every single look was considered," she said.

She emphasized the baby was not the inspiration for her collection and that her clients were at the centre of her creative conception.

"Some looks were made, finished and destroyed, and they became something else. There was a lot of breaking down in order to build this collection."

Mokubung said her song selection was chosen by her baby.

"The baby liked it. I stayed up one night and every time I played the song she would move. I liked how big the music was. The song speaks to me wherever I am in my life," she said.

Mantsho was established by Mokubung, who holds a Bachelor of Arts degree in fashion design, in 2004 .

Her career started when she walked into a boutique, SA fashion brand Stoned Cherrie, and the owner asked where she had gotten her outfit. Having impressed her with the outfit she had made, Palesa started working at Stoned Cherrie as a designer to gain enough knowledge and experience to later start her brainchild, Mantsho.