Nasty C invades the US 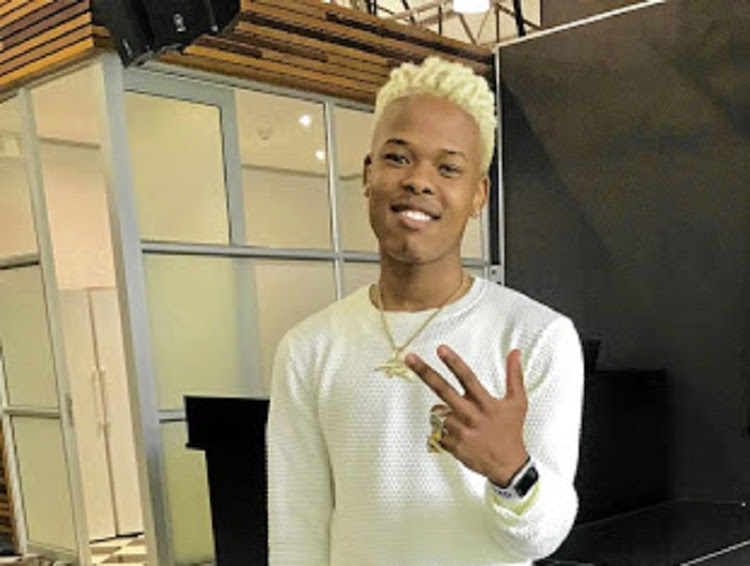 If you thought local rapper Nasty C was the coolest kid in Africa, wait until he has finalised his latest project that he had been cooking in the US.

The 22-year-old rapper described working with the legendary producer as "dope" because the producer is considered a heavyweight in his own right after having worked with the likes of Jay Z, Nas, J Cole, Common and Kanye West.

"Me and him came together and worked on a small project with probably four or five tracks that will drop mid-July," Nasty C said. While he did not want to give too much away about what was cooking, Nasty name-dropped a few rappers such as T.I and Big Sean who will be featured on the project.

He said the project was still work-in-progress and there was a big possibility that he would include a few South African rappers and musicians.

Before then, he was set to release a trilogy of music videos for his song SMA, acronym for "send me away" from his latest studio album, Strings and Blings.

Nasty C said the lyrics of the song were inspired by his experience of love.

"I decided to add a very personal approach because I felt like it would be more authentic and real to me. The more real it is, is the more likely people can relate to it," he said.

He said that the track was based on a timeline from when he was about to leave high school to when he had been in the industry for a year.

Wearing an all-white swag outfit and white dreads, with a splash of gold chains and rings, he said: "As far as having my fair share of fake love and heartbreak ... I am a little wiser with that type of stuff."

He confirmed that he is in love with his high school sweetheart Samantha Samkelisiwe Zulu, who accompanied him to the listening session this week.

"Love is when you are 100% there for somebody. You wish them nothing but good and it's beyond anything intimate and physical. If you have somebody that feels like home to you then you love that person," he said.

Nasty C and Sammie, as his lover prefers to be called, have been dating for more than six years.

"Things are going great," he said with a smile.

The song SMA formed part of his therapy when the couple was going through a difficult time, he said.

"She loves the single but she does not like hearing it when she is in a good mood because automatically it makes her revisit the whole thing.

"However, she likes how pure, honest and intense it is. As somebody who is part of the story and who it relates to more than anyone else, she does not like hearing it a lot," he said.

The song has been hitting the airwaves for a number of weeks but was officially released on Friday.

"I don't like hearing it a lot either. If I hear it more than twice a day I start thinking about what happened and I start feeling sorry when there is not reason to, because that's in the past," he said.

Nasty C has another reason to celebrate as he was recently announced as part of the line-up for the upcoming International Essence Festival in New Orleans, US, this year. He will be performing among a selected few artists such as Amanda Black, Tellaman and comedienne Celeste Ntuli.