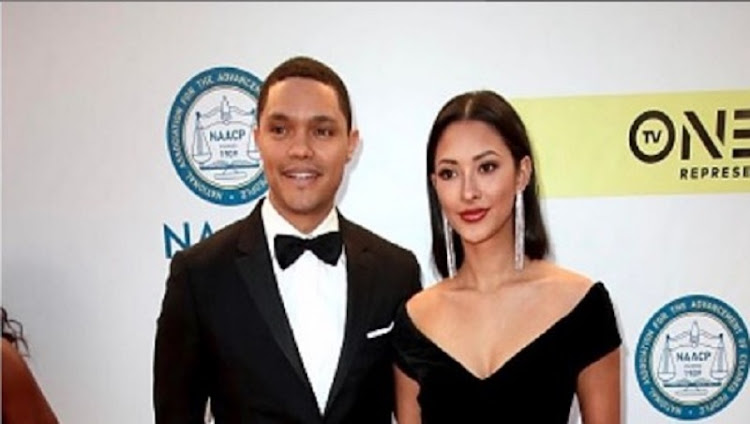 After more than two years together, Trevor Noah and US real estate agent Jordyn Taylor have called it quits.

While Trevor fiercely guards his personal life‚ rumours about their romance first surfaced towards the end of 2015.

International media reported that Jordyn had apparently moved into Trevor's apartment quite early in their romance.

And during an interview on Real Talk with Anele Mdoda in 2016‚ Trevor admitted that he was completely smitten but didn't give too much detail.

Even though Trevor and Jordyn tried to keep their romance away from the spotlight‚ their baecations in Bali‚ Mexico and several red carpet appearances together painted a clear picture.

Taking to Instagram Stories on Friday night‚ Jordyn confirmed to followers that she and Trevor had split.

She made the announcement during a Q&A session with fans after opening up about her solo vacay.

"Do you love Trevor Noah‚" one fan asked Jordyn.

Jordyn said that half the questions in her inbox was about Trev.

"Of course I love him. How could you not love him? I love him so much but you guys should know we broke up this past summer but yeah I love him."