Fight over estate is often about greed 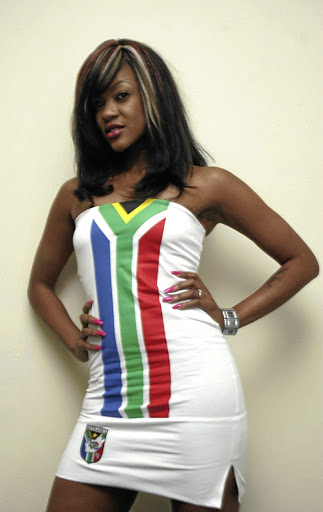 The Customary Marriages Act was put under scrutiny recently and sparked robust debate across all media when the High Court in Johannesburg ruled that Lerato Sengadi is the customary wife of the late hip-hop star Jabulani "HHP" Tsambo.

Judge Ratha Mokgoatlheng's ruling was criticised in some quarters while others debated the legal merits of what constitutes a customary marriage.

A day before the funeral, Sengadi had applied for an interdict to force the Tsambos to give her the remains of the Bosso hitmaker for burial.

Even though the court dismissed that application, it ruled that Sengadi is the customary wife of the motswako rapper. This despite the Tsambos rejecting her as their makoti, saying that her lobola was never paid in full and there was never a handover ceremony to complete the customary marriage process.

The battle highlighted the consistent mistreatment of women by their in-laws when their spouses die.

In light of the Tsambo vs Sengadi feud, Sunday World reflects on similar cases where women suffered by either being precluded from burying their husbands and/or being dispossessed of their inheritance.

One well-known example is the fight that ensued between Tina Jaxa and Tina Dlangwana, widows of Zimbabwean-born businessman Prosper Mkwaiwa after his death in 2015.

Although Dlangwana claimed Mkwaiwa traditionally married her in 2010, she lost everything to Jaxa, his legal wife. Jaxa, who had been separated from Mkwaiwa for almost 10 years, told Dlangwana to step aside and allow her to bury Mkwaiwa although Dlangwana was living with the music promoter when he died.

This week Dlangwana told us it was sad that many women suffer at the hands of the in-laws or estranged wives who cash in when their husbands die.

"When we fight for what we believe in, we are called drama queens," she said.

She said when a man moves on, he finds a new wife, but when he dies, she gets sidelined. She said it is unfair to HHP's customary wife to be sidelined just because of issues on how the lobola processes was conducted.

Dlangwana said she didn't inherit even a cent from Mkwaiwa's estate. "I survived depression and even today I am still picking up the pieces, " she said.

In another case, a businesswoman and marketing executive and her three children were barred from attending the funeral of her recently divorced husband. "I asked his family to allow me to bury him through the priest who married us and they told him we were not welcomed," she said.

As a result, she is currently involved in a drawn-out legal case over his estate. The woman cannot be named to protect her minor children.

She said Sengadi had the right to be part of HHP's funeral preparations and and be afforded the dignity to send off the man she loved.

Seneke stands by his condemnation and said if the Tsambos appeal the case, they can win it.