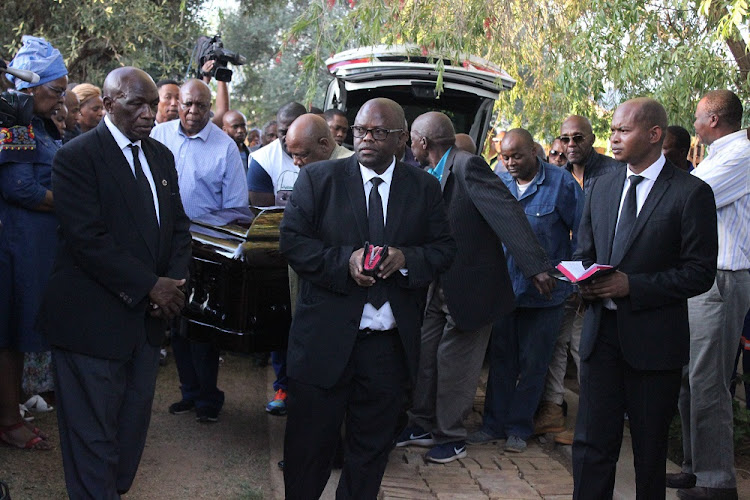 The late Hip Hop artist Jabulani “HHP” Tsambo always wanted to unite his family and was eager to know his family background.

This was said by his aunt, Nomvulazana Sithole, the first person to speak at the 38-year old artist's funeral service at Mmabatho Convention Centre in Mahikeng today.

Sithole said one of the things that Jabba observed from the family was respect.

“He came from a God fearing family. He always shared his life and told us what his aspirations are,” she said.

Rapper Jabulani “HHP” Tsambo was laid to rest on Saturday November 3 2018 in Mmabatho, Mahikeng, in an emotional send-off.

She said HHP was a person who always liked to know where the family cames from. “He decided  to go to Inhambane in Mozambique where the family originally came from, alone and traced the grave of his late grandfather,” she said.

Sithole said HHP came from a musical family and was a  very happy child growing up.

“He lived the life that was a message. We saw the up and downs of Jabu,  We need somebody who is going to follow on Jabu’s steps. People knew and saw him as a celebrity but to us he was a normal person, humbled,” she said.

HHP died in October 24 after suffering from depression. Mmabatho Convention Centre is full to capacity with family members, friends , fans and other mourners who came to pay their last respect.

His wife Lerato Sengadi was also part of the people who attended the funeral.