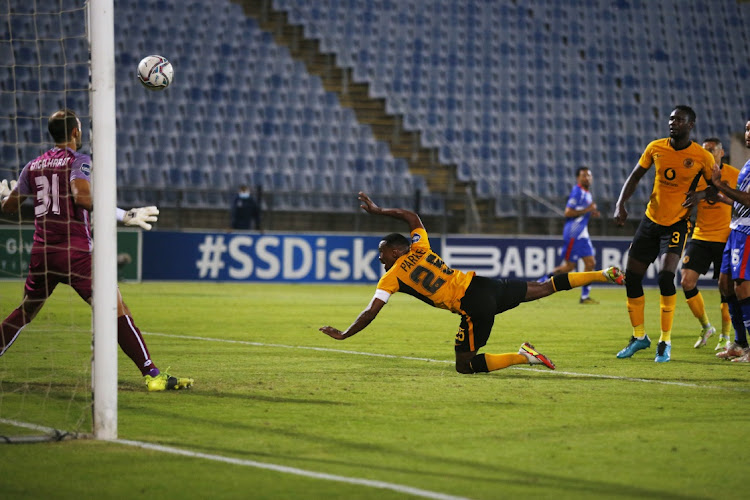 Parker was released by Kaizer Chiefs at the end of last season.
Image: Rogan Ward/BackpagePix

SuperSport United coach Gavin Hunt says Bernard Parker still has the same quality, which can help his youthful side as he moves closer to signing a deal with the club.

Parker, 36, who was released by Kaizer Chiefs at the end of last season, has been training with SuperSport since last week and Hunt said he will sign him.

The two worked together at Amakhosi two seasons ago, and Hunt was impressed with what he saw at training from the veteran striker.

“Bernard is training with us. I’m trying to do something [sign him] if I can. I think he is a fantastic player, but that is something that we will see,” Hunt said.

Heading into the new season with his youthful squad, Hunt also believes it will be a competitive campaign. SuperSport will start their season with a home match against Chippa United at Lucas Moripe Stadium on Sunday at 5.30pm.

Two years since Covid-19, soccer clubs are still feeling the ripple effect of the financial crisis which came with the pandemic as some are battling ...
Sport
4 weeks ago

“It’s a different team. I’ve come into a very young team, but the good thing is they want to achieve and they want to win. It’s going to be a very competitive season,” he said.

“I think a lot of teams have changed and most of them have gone a little bit younger as well. So, it’s going to be interesting times. I think we’ve got a good crop of young players. We need to mould them and we need guidance and the senior players will guide them.”

“He is experienced and he is a great professional, and he is a leader and I think he will take the role on and lead this team well.

“He had a great season and it is important for us for someone to come in and be verbal and keep the standard as high as possible around the place, which is not only around the field but also off the field and I’m sure he will do a good job.

“He’s got my full backing and full support.”