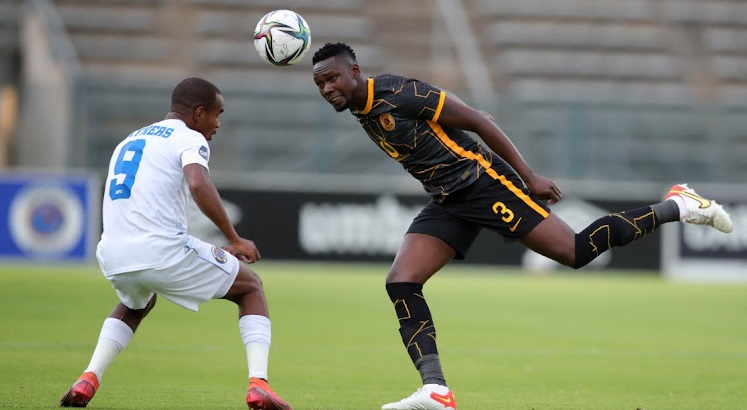 Veteran Kaizer Chiefs defender Eric Mathoho looks to have survived the axe Amakhosi have been wielding on players who've been struggling with form in recent seasons.

Chiefs have already let go of a number of senior players, who'd been underperforming in the past few seasons with Bernard Parker, Daniel Cardoso and Lazarous Kambole among others, headlining the list. Mathoho, who has also been a shadow of his prime self in recent seasons, is understood to be staying put for the 2022/23 term.

"Tower", as Mathoho is known in football circles, still has a year left on his contract with Amakhosi. The 31-year-old centre-back has been seen on the club's social media platforms hard at work, preparing for the new campaign.

Erstwhile Chiefs defender Nhlanhla Kubheka has weighed in on Mathoho's Chiefs stay, highlighting the seasoned defender will mainly play a role of being a mentor to youngsters and newcomers. Chiefs have brought in a number of fledging stars such as Ashely Du Preez, 24, Kamohelo Mahlatsi, 23, and George Matlou, 24, are among others.

"You must keep those players who you think are influential in terms of guiding the youngsters and I think Mathoho fits that profile. Every team needs one or two senior players even though they might not play but their presence can do wonders in the camp. Mathoho is one of few senior guys left now, so maybe his role will be more of being a mentor to the one ones and the new ones,'' Kubheka explained.

Kubheka, who played for Chiefs between 1999 and 2006, admits Mathoho hasn't been in top form recently, saying that doesn't mean he is a bad player. Some Amakhosi fans have been calling for Mathoho's head, especially after his back-pass blunder that gifted Golden Arrows what eventually became a decisive goal in their 1-0 defeat in March.

Mathoho never featured after that howler.

"He's been struggling with consistency for the last few seasons. Last season, he was in and out of the team but that doesn't necessarily mean he's a loser or a bad player because it' a been a matter of losing form for him,'' said the 43-year-old retired defender.

Despite losing their respective CAF finals, Mandla Ncikazi and Pitso Mosimane have made the nomination lists for this year’s awards.
Sport
1 month ago

The fact the contract of Bafana Bafana mentor Hugo Broos stipulates that he will skip the Cosafa Cup, while his predecessors such as Gordon Igesund, ...
Sport
1 month ago
Next Article