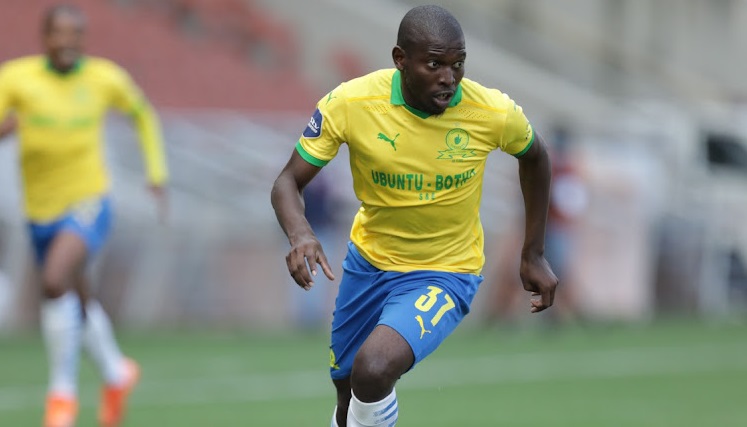 He may not have played as much as he would have hoped for this season, but Mamelodi Sundowns defender Aubrey Modiba feels he has improved since he joined the club from SuperSport United two years ago.

Modiba has given credit for his improvement to the Sundowns technical team as he believes they played a huge role in seeing his career grow.

The 26-year-old has made 24 appearances for Masandawana in all competitions, scoring two goals and assisting twice and is satisfied with his performance.

“I must give credit to the coaches and the players that we have in the team because I had a long chat with all the technical team members about my performance at training as well as in the games,” Modiba explained to the media yesterday.

“And they managed to show me where I can improve, what I need to do in order to help the team because the guys that have been playing have been doing well and I had to wait for my chance. Everyone in the team, whoever plays, performs. So it is either you are in the train or you get off.

“Whenever you get a chance, you have to grab it and add value in the team and I think that has played a big role in me scoring goals now. But it is not about me. It is about the team as long as the club wins and moves forward.”

Since his move from SuperSport, Modiba has won the DStv Premiership title twice and is hungry for more. “I believe I made the right move to come here because this is the team that has been doing well for the past seasons, winning trophies and competing in the Champions League,” he said.

“And as a player, you want to compete and I wanted to win the league when I came here. [I've won] the second one right now and hopefully we can achieve more and keep on winning more titles to go back to the CAF Champions League.

“We want to do well in that space and hopefully we can go there and compete and improve our record. Winning the league is difficult. We had to fight and make sure we do well and outrun our opponents, and that has been working well for us.”

They are two different characters, but Kaizer Chiefs are used to caretaker coach Arthur Zwane so have not had too much of a transition to make in the ...
Sport
3 weeks ago

After being appointed to the CAF organising committee for women's football standing committee, Kaizer Chiefs marketing director Jessica Motaung is ...
Sport
3 weeks ago

Mamelodi Sundowns coach Manqoba Mngqithi says the club will use the remaining DStv Premiership matches as preparation for their Nedbank Cup final ...
Sport
3 weeks ago
Next Article