Coach alleges Birds owe him money after he declined to resign 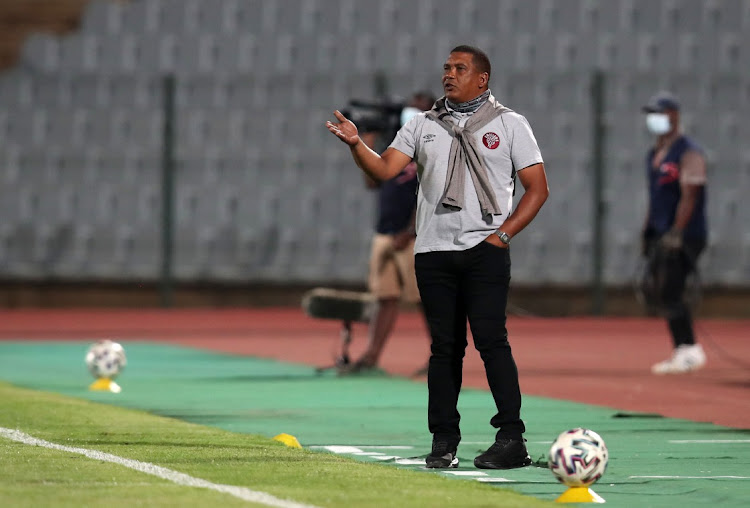 AmaZulu mentor Brandon Truter has ripped into his former side Swallows, disclosing among other things, that the Birds tried to force him to resign so they'd avoid paying him out.

According to "Brakkies", as Truter is affectionately known, Swallows haven't paid him his settlement fee since they fired him last November. An irate Truter laid bare a whole lot of vile Swallows allegedly subjected him to after his new side AmaZulu worsened the Birds' relegation woes by beating them 1-0 at Dobsonville Stadium on Tuesday. Sphesihle Maduna scored the goal of the match.

"They (Swallows) basically [wanted] to force me out of the door, wanting me to resign. Resigning then means there’s no settlement and no payout. I had to stand and protect my family at that moment. Of course, there was a buyout clause that Swallows also held at that moment. So, I couldn’t leave at my free will. I mean supporters stopped the bus at one stage and the security didn’t protect me," Truter explained.

"I have videos and SMSs to prove this. I am not lying or making up stories. It’s there for everybody to see. Now it’s just about negotiations on the settlement, there was a clause there and I couldn’t speak to the media about these things. But they’ve breached that by not settling the settlement."

Truter added he's planning to escalate the matter to the Premier Soccer League. The Usuthu coach implied his new employers are treating him way better than Swallows.

"I am going to the PSL to get my money. So jah, now I can talk freely about these things. This result means a lot to me. At AmaZulu, there's massive support from the management, chairman, technical team to the kitman... everybody. I wasn’t afforded that respect at Swallows,'' Brakkies expanded.

Swallows chairperson David Mogashoa declined to comment when contacted yesterday, while the club's manager Sipho Xulu was not reachable as his phone went straight to voicemail.

With a particularly underwhelming the season coming to an end, Kaizer Chiefs are applying their minds to the coaching situation at the club, ...
Sport
3 weeks ago

Malesela on ambitions to coach a big three team: ‘Let’s talk when it happens’

Dan “Dance” Malesela is going about his business quietly and his coaching star is rising rapidly.
Sport
3 weeks ago

Sekhukhune United co-coach Owen Da Gama says he was laughed at when he said Peter Shalulile, then his player at Highlands Park and now Mamelodi ...
Sport
3 weeks ago
Next Article