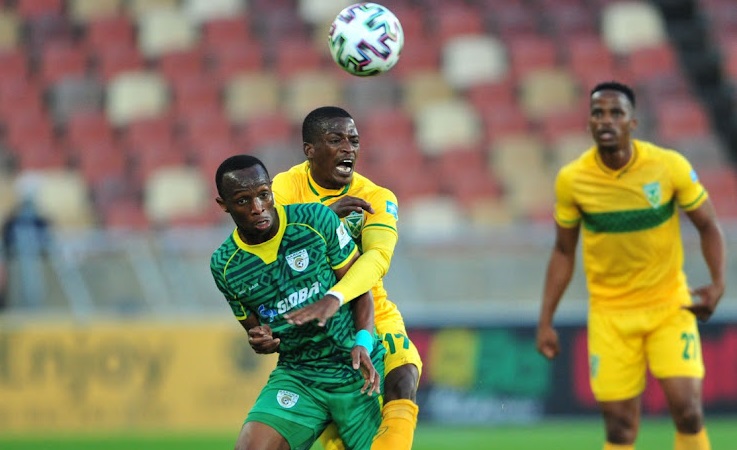 With three rounds of matches remaining in the DStv Premiership, the relegation battle looks set to go right down to the wire, following Baroka's 1-0 victory over Golden Arrows at Peter Mokaba Stadium yesterday.

Yesterday's result in Polokwane followed another surprise win by TS Galaxy on Monday against Orlando Pirates and Swallows' defeat to AmaZulu on Tuesday. Baroka have now closed the gap to 15th-placed Swallows to just two points and could move off the bottom for the first time in weeks if they win their next match and the Birds falter.

Bonginkosi Makume netted Bakgaga's only goal from the spot-kick in the first half to give his side all three points.

Despite the victory, they are still favourites for automatic relegation unless they win all their remaining matches and hope results elsewhere go their way.

Two of Bakgaga's remaining three fixtures are against fellow relegation strugglers Chippa United and Maritzburg United, both away, while they will host SuperSport United in the other match.

But they will be confident of getting something out of those matches following this victory yesterday with their confidence boosted, with Vincent Kobola having replaced the clueless Kgoloko Thobejane as head coach last week.

The win also ended their four-match winless run and they will be looking to build on that when they visit Chippa on Saturday in another crucial match.

In another match in the relegation battle yesterday, Chippa played to a goalless draw with Cape Town City at Nelson Mandela Bay Stadium.

The Chilli Boys were fortunate as City's Mduduzi Mdantsane missed a penalty on 75 minutes. Kurt Lentjies's battling team managed to hang on for a crucial point that gave them hope as they enter the final stretch in their battle for survival.

With a particularly underwhelming the season coming to an end, Kaizer Chiefs are applying their minds to the coaching situation at the club, ...
Sport
2 weeks ago

Malesela on ambitions to coach a big three team: ‘Let’s talk when it happens’

Dan “Dance” Malesela is going about his business quietly and his coaching star is rising rapidly.
Sport
2 weeks ago
Next Article