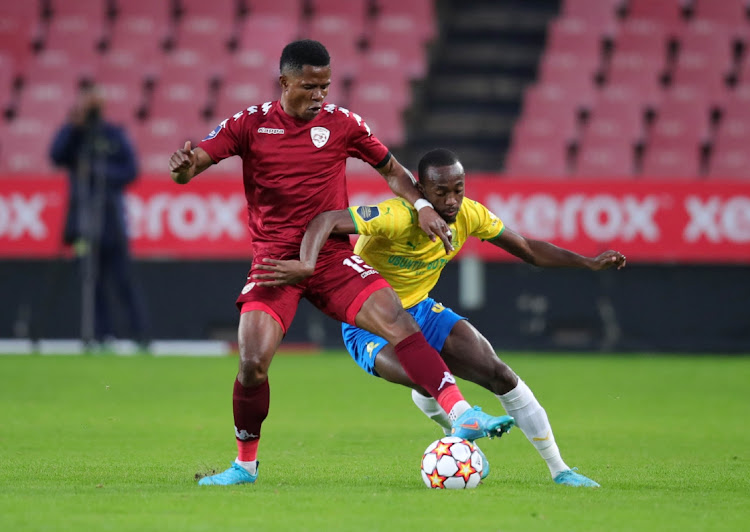 Mamelodi Sundowns coach Manqoba Mngqithi says the club will use the remaining DStv Premiership matches as preparation for their Nedbank Cup final against Marumo Gallants.

Having already won the MTN8 and DStv Premiership trophies this season, the Brazilians have a chance of winning a treble when they play Gallants for the Nedbank Cup title on May 28 at the Royal Bafokeng Stadium. Should they win the final, Sundowns would have collected every domestic trophy on offer.

Before the Ke Yona final, Sundowns will have to see off their league campaign; they are left with three games to conclude their season where they won their 12th league title. The team is still putting on clinical performances, midweek they dispatched Sekhukhune United 2-0 at Ellis Park as they chase the 70-point mark.

"We have the responsibility to make sure we use these matches as preparation for the final," said Mngqithi. "To see people that are raising their hands, telling us they also deserve to be part of the final. That's why we stretch the team as much as we can.

"Our focus as Sundowns is mainly on the process and our process is the one that divides the league into six cycles; five matches each. It's always important, if we do not do well in this last cycle, we'll have to account for next season.

"it's important that we still try and achieve the number of points that we would have loved to achieve in each of the cycles. That's the main drive force," said the former Golden Arrows head coach.

"I don't think it's something I have to expect because if people decide not to do it, I would not regard it as malicious," he answered. "Sometimes in our competitive environment, it's very difficult for others to accept that they've lost the race. If we could do it when Wits won the league, I think everyone can do it.

"If you don't do it, then people will raise their eyebrows and ask what's happening. For me as a coach, be it is there or not, it's never really important," said Mngqithi.

Having been given a new lease of life in his coaching career, Owen da Gama says he is ready to unearth another Peter Shalulile in Nkanyiso Madonsela.
Sport
3 weeks ago

Swallows trainer Dylan Kerr is convinced their dire form has more to do with players' negligence, feeling he's doing his job meticulously and the ...
Sport
3 weeks ago

After Dumisani Zuma’s suspension by Kaizer Chiefs this week, interim coach Arthur Zwane has offered guidance to the players to remain disciplined if ...
Sport
3 weeks ago

With three rounds of matches remaining in the DStv Premiership, the relegation battle looks set to go right down to the wire, following Baroka's 1-0 ...
Sport
3 weeks ago
Next Article