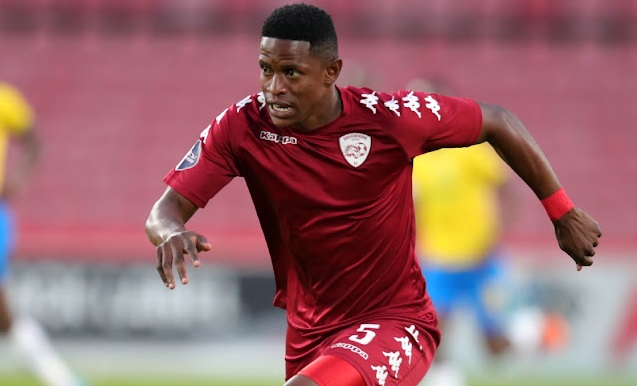 Having been given a new lease of life in his coaching career, Owen da Gama says he is ready to unearth another Peter Shalulile in Nkanyiso Madonsela.

“With me coming in, you can't change the world, you try to motivate and guide the team back to where they were in the first round. They were a closed book but now teams have better planning.

“We are working on tactical issues, making them aware. I'm also working with the players, tapping into their minds and understanding how they approach things,” Da Gama said.

The thrilling part about the new gig for Da Gama is the chance to hone rough diamonds into proper players. An example Da Gama can mention is the record-chasing Shalulile, the Namibian was under Da Gama's mentorship at Highlands Park and was transformed into a "R30m" player. The next project Da Gama has identified is Madonsela.

The winger put in a good display against Sundowns in the 2-0 defeat on Tuesday night. However, it was also frustrating at the same time because he was absent-minded when he was in a good position and was tactically lacking. Da Gama is excited about working with Madonsela and getting him to a top level.

“He's an exceptionally exciting player and talent. What we're going to do is focus on helping him with that final ball. He gets into positions with his pace but the final ball [is lacking] and we've been working on that,” said Da Gama.

“Also positioning himself to see players; he's still playing a little bit with his head down. We'll just keep on motivating him and keep working on that final ball. He's a player that brings a lot of excitement.

“I'm sure once preseason starts we'll be able to focus and work on players like Nkanyiso. I'm so excited because you look at the work that was put into Peter Shalulile and you see where he is now. It's a matter of knuckling down. There won't be rest for me,” he said.

Swallows trainer Dylan Kerr is convinced their dire form has more to do with players' negligence, feeling he's doing his job meticulously and the ...
Sport
2 weeks ago

After Dumisani Zuma’s suspension by Kaizer Chiefs this week, interim coach Arthur Zwane has offered guidance to the players to remain disciplined if ...
Sport
2 weeks ago

AmaZulu mentor Brandon Truter has ripped into his former side Swallows, disclosing among other things, that the Birds tried to force him to resign so ...
Sport
2 weeks ago
Next Article