PSL boss says the process on the matter is ongoing 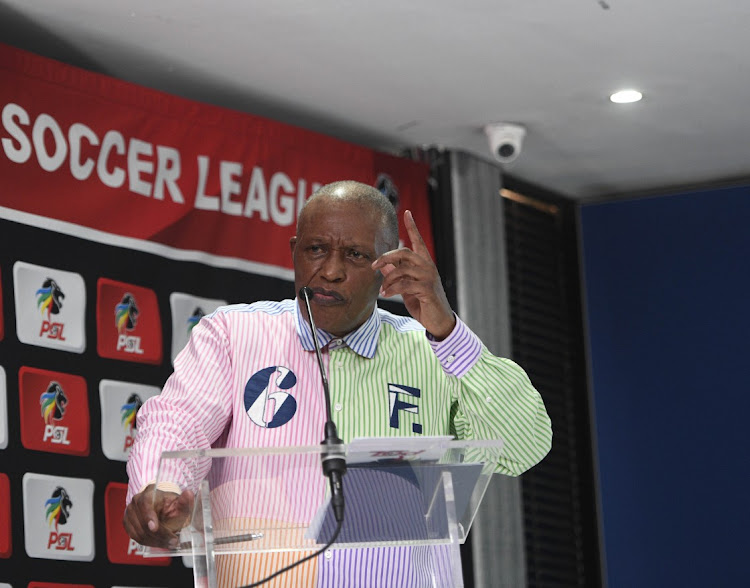 Premier Soccer League (PSL) chairperson Irvin Khoza has indicated the league could reverse its decision to decline Kaizer Chiefs’ request to have their matches in December postponed over the Covid-19 outbreak at the club’s Naturena headquarters.

Addressing the media at the league’s Parktown offices yesterday, where he also confirmed the appointment of Zola Majavu as the organisation’s prosecutor, Khoza highlighted there was still room for the league to revisit its original verdict to dismiss Chiefs’ request.

“As the executive committee we declined the request and the matter as we speak is between the legal divisions. I hear in the media that Chiefs might appeal. We all know that every administrative decision is reviewable,’’ Khoza said.

“As the process is still ongoing, it’s only fair that I hold back the information to give the process a chance to have a final conclusion. We can’t give a running comment on a matter that’s still on a conveyor belt. So, in this case it’s very important to be cautious because this matter is ongoing.’’

Early last month, Chiefs wrote to the PSL pleading with it to postpone all their five December fixtures amid a high number of positive Covid-19 cases at the club.

Amakhosi subsequently failed to honour two games against Cape Town City and Golden Arrows, before finally playing the last three games of the year against Sekhukhune United, Royal AM and Maritzburg United.

Two days before Chiefs faced Maritzburg in what was their last game of the previous year, the PSL released a statement that confirmed they had rejected the Soweto club’s application to have their games rescheduled.

In response, Amakhosi made it clear they would not take the league’s ruling lying down. “We are studying the feedback and will engage our legal department with the view of appealing this unjustifiable decision,’’ said Chiefs’ reactive statement at the time.

On the other hand, incoming prosecutor Majavu sounded bullish when he said he would expedite change in the tainted league’s legal department that’s been struggling to decisively deal with burning issues for a while. Majavu, who served as the league’s CEO from July until October in 2011, is replacing Nande Becker. The latter resigned in November.

“I have received a handover report from my predecessor [Becker]. I do have a sense of what’s outstanding and what’s pressing from the timing point of view. There’s no crisis from what I have assessed,’’ said Majavu.

New PSL prosecutor Zola Majavu: ‘You can be assured there is no crisis’

New Premier Soccer League (PSL) prosecutor Zola Majavu says he is formulating a plan to alleviate the backlog in disciplinary cases caused by the ...
Sport
2 weeks ago

Irvin Khoza: Kaizer Chiefs matter 'took so long because of its complexity'

Premier Soccer League (PSL) chairperson Irvin Khoza said an announcement on final decision to deny Kaizer Chiefs postponements in December due to an ...
Sport
2 weeks ago

Despite winning just one of the seven games he’s overseen since his return to the club, charismatic Baroka coach Kgoloko Thobejane still enjoys full ...
Sport
2 weeks ago

Mamelodi Sundowns midfielder Lebohang Maboe shares his frustrations as he continues to be sidelined by a knee injury.
Sport
2 weeks ago
Next Article