'The knee is getting better and better everyday' 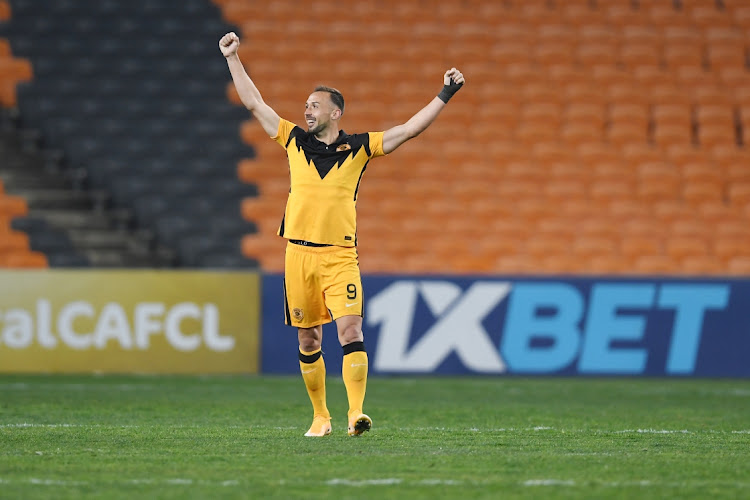 Kaizer Chiefs forward Samir Nurkovic is excited that he could make his long-awaited return to action when the DStv Premiership matches resume next month.

Nurkovic has been side-lined for a while after picking up an injury in last season’s CAF Champions League semifinal against Wydad Casablanca.

He was forced to undergo surgery at the beginning of the season and only made five appearances in all competitions this campaign.

“I was on crutches for three weeks, just yesterday I stopped using them, so I already started with cycling and the knee is getting better and better every day,” Nurkovic told the club media department.

“The doctor who did the surgery said around nine weeks from the surgery, but it also depends on you. Hopefully, there will be nine weeks.”

The 29-year-old also shared his frustrations of watching from the stands while injured.

"The injury actually happened at the end of last season. We were playing the Champions League second leg against Wydad Casablanca,” he said.

"I consulted with the doctors and the physios, and we decided to keep going with some treatment to leave surgery as a last option.

“As you saw, that wasn't my best game that I was playing after that. I was struggling on the field with an injury then after five games, we decided that we have to do surgery.

"We knew in the beginning after that game, we did all the MRI [scans]. I was in the hospital for all the screening and they found out that there was a tear in my lateral meniscus and you can play with that, but you cannot play on 100%.

"I was maybe at 70% and I wasn't able to give the best Samir Nurkovic to the team on the field and to help them the way I can."

Chiefs will resume against Cape Town City on February 15 away after the Africa Cup of Nations break.

Meanwhile, Chiefs are expected to forfeit six points against Cape Town City and Golden Arrows in the matches they didn’t pitch for last month after their camp was hit by Covid-19 positive cases.

Maritzburg United will put head coach Ernst Middendorp's performance in the 2021-22 season under the microscope in a meeting on Thursday.
Sport
2 weeks ago

There is no deal for Katlego Otladisa to sign for Kaizer Chiefs, Marumo Gallants chairperson Abram Sello says.
Sport
2 weeks ago

PSL coaches whose futures could be in jeopardy next month

Six of the 16 top-flight clubs have made coaching changes already this season and it can be expected that there will be more casualties before May’s ...
Sport
2 weeks ago

A goalkeeper in the GladAfrica Championship is likely to step into a central role with one of the top contenders for Africa Cup of Nations glory ...
Sport
2 weeks ago
Next Article