Frustrated Downs ace is out for about six months 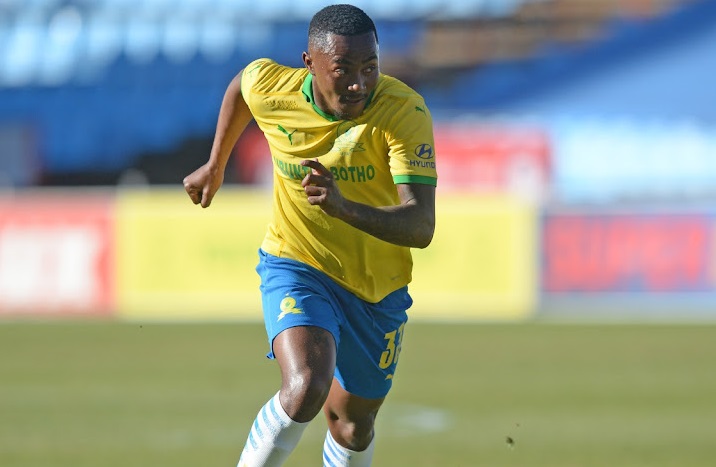 Mamelodi Sundowns midfielder Lebohang Maboe shares his frustrations as he continues to be sidelined by a knee injury.

Maboe reveals how difficult it has been for him to remain motivated as he battles with the injury that kept him out of action this season.

He has effectively been ruled out for the rest of the season after it was revealed in September that he will be out of action for six to nine months.

“It’s really not easy having to deal with a long-term injury, [going] from being active your whole life, preparing for camps and for games to just sitting at home and watching the team play,” he explained on the club's official website.

“You always want to be involved in the sessions and in the games. Keeping myself motivated the whole time hasn’t been easy. One of the things I have learned is to take it one day at a time.

“You don’t really know what that means until you have to be out for [six months]. [After the operation] you can’t do some of the things you do on a daily basis, for example, getting in and out of bed – you can’t do that on your own, so I had to rely on my family to help me.

“With regards to rehab, it can also be frustrating. You can wake up one day and the knee might not be responding as well as the other days. As much as you want to push yourself, there’s nothing you can do, you just have to wait for the knee to heal.”

Maboe however, promised that he will remain strong during this difficult phase in his career.

“At the same time it’s important to be mentally strong with such an injury that keeps you out for the most part of the season,” he said.

“I just had to keep myself motivated. It’s a process that at first I wasn’t enjoying but then I told myself I have to enjoy it, with the end goal in mind.

“I know I am usually an impatient person but with this injury, I have learned to be patient. I’ve had to pace myself. I’ve also had to keep myself sane by reading books, by watching documentaries on some of the sportspeople who have been through the same injury as me just seeing how their journeys have been made me realise that I am going to be okay.”

Despite winning just one of the seven games he’s overseen since his return to the club, charismatic Baroka coach Kgoloko Thobejane still enjoys full ...
Sport
1 week ago

Kaizer Chiefs forward Samir Nurkovic is excited that he could make his long-awaited return to action when the DStv Premiership matches resume next ...
Sport
1 week ago

Maritzburg United chairperson Farook Kadodia has confirmed he has had interest from European clubs in Bafana Bafana starlet Bongokuhle Hlongwane.
News
1 week ago
Next Article