'He's the best football talent in the country right now' 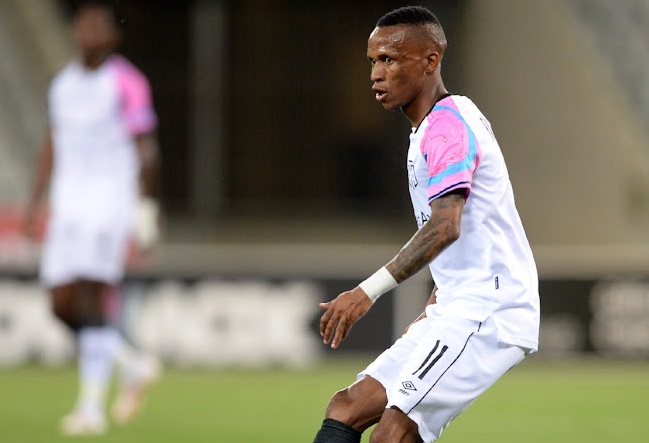 Renowned raw talent discoverer and football pundit Farouk Khan has no doubt that even at 34 his protégé Surprise Ralani will be a success at his new club Mamelodi Sundowns.

Last week, Sundowns confirmed Ralani’s capture from Cape Town City, giving him an 18-month deal. While many questioned the Brazilians’ logic behind signing a 34-year-old winger instead of younger players, Khan has maintained age is just a number for Ralani. The skillful winger is a product of Khan’s famed Stars of Africa Academy.

“Age is just a number when it comes to Ralani. The boy is the best football talent in the country right now. If you look what he does on the ball, his decision-making and technique, you see that there’s no player like him. I am more than confident he’ll play his best football at Sundowns,’’ Khan told Sowetan yesterday.

“At the academy we trained him to play a possession-based game and he went to Europe [where he spent 10 years in Sweden and Denmark] and adapted to playing a more direct game. With all these attributes, I don’t think he’ll struggle at Sundowns. It’s frightening to think what he’s going to be capable of at Sundowns, who’re the best team in the country. He’ll be the best signing this January, I put my head on the block.’’

Khan, who served as Kaizer Chiefs’ assistant coach under the late mentor Ted Dumitru when they won back-to-back league titles in the 2003/04 and 2004/05 seasons, trusts working with astute coaches like Rulani Mokwena and Manqoba Mngqithi will also help Ralani flourish at Chloorkop.

“He will be trained by the best coaches in Manqoba and Rulani. A well-coached player always performs in his element and I expect these coaches to help improve Ralani's game.’’

Ralani left City having joined them from Swedish side Helsingborg in 2018. In October last year, the lad from Kimberly in Northern Cape became the  Cape side’s all-time leading scorer after netting his 18th strike for them.

Kaizer Chiefs forward Samir Nurkovic is excited that he could make his long-awaited return to action when the DStv Premiership matches resume next ...
Sport
2 weeks ago

Maritzburg United chairperson Farook Kadodia has confirmed he has had interest from European clubs in Bafana Bafana starlet Bongokuhle Hlongwane.
News
2 weeks ago

Maritzburg United will put head coach Ernst Middendorp's performance in the 2021-22 season under the microscope in a meeting on Thursday.
Sport
2 weeks ago

There is no deal for Katlego Otladisa to sign for Kaizer Chiefs, Marumo Gallants chairperson Abram Sello says.
Sport
2 weeks ago
Next Article