Maritzburg shoot down Arrows to all but secure Premiership status 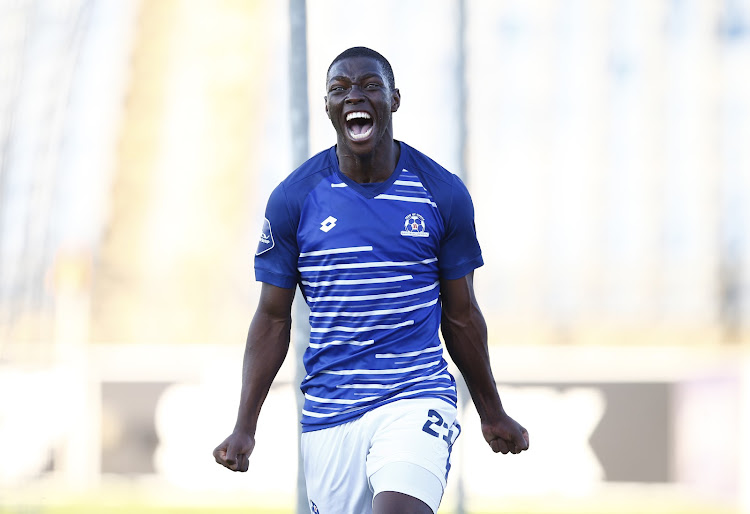 The great escape is on by Maritzburg United.

The Team of Choice pulled off a nervy but much needed 3-2 DStv Premiership win over provincial rivals Lamontville Golden Arrows to get out of the relegation zone and significantly enhance their chances of avoiding automatic relegation or the play-offs.

With this win, Maritzburg moved to 12th spot and they now have a slight advantage of a game in hand over Stellenbosch, Chippa United and Black Leopards who are on the bottom half of the table.

There is no time for the players and German coach Ernst Middendorp to dwell on this vital victory over third-placed Arrows as they have a trip to Polokwane to take on newly crowned Nedbank Cup champions who are fighting for their lives in the Premiership Tshakhuma Tsha Madzivhandila (TTM) on Saturday.

For Abafana bes'thende, who missed out on an opportunity to pull away from fourth-placed Orlando Pirates, have time to work on their deficiencies as they only return to league action against TS Galaxy on Wednesday at home.

Maritzburg opened the scoring after 15 minutes a through a powerful left footed shot by Tegobo Tlolane that gave Arrows goalkeeper Sifiso Mlungwana no chance after his defence failed to clear a throw-in by Ryan Rae.

A few minutes later, Maritzburg missed a glorious opportunity to increase their lead after Bongokuhle Hlongwane failed to find the target with his close range header when he connected with a cross from Thabiso Kutumela.

Maritzburg created most of the chances of the opening exchanges but the visitors also had notable attacking moments with Knox Mutizwa, Michael Gumede and Lindokuhle Mtshali on the front front.

Five minutes after the half time break, Hlongwane was bought down on the edge of the box by Thabani Zuke. Kutumela wasted a good opportunity by blasting the ball over the cross-bar from the resultant spot kick.

Maritzburg, who have been threatening Arrows for a while, finally increased their lead through livewire Kutumela when he placed his low shot into an empty net after 57 minutes for his 12th goal of the season.

A minute later, Michael Gumede pulled one back for Arrows when he sneaked between pedestrian Maritzburg defenders Clayton Daniels and Travis Graham after they launched a quick counter attack.

Maritzburg further increased their lead through Hlongwane who rifled home a left footed shot past Mlungwana after he was released by a short pass from Kutumela who was a constant thorn for Arrows.

There was drama in the closing stages when referee Thando Ndzandzeka pointed to the spot after Nazeer Alie handled in the box for Nduduzo Sibiya to beat Marcel Engelhardt.

Engelhardt dived the right way and got a tough on the ball but his effort was not enough as the ball rolled into an empty net but that proved to be the most notable moment of the match as Maritzburg held on for this important victory.