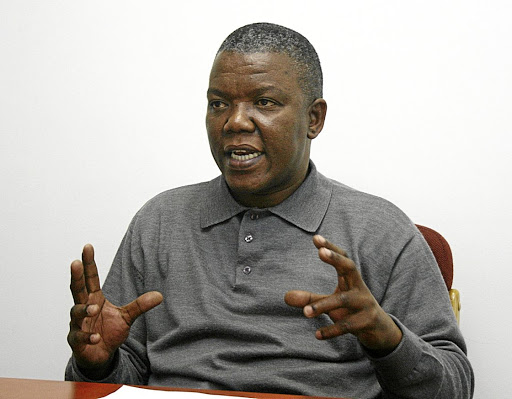 Moffat Qithi remains a stumbling block in the appointment of a permanent CEO for Boxing SA, which is currently serviced by Cindy Nkomo on acting capacity.

Sport, arts and culture minister Nathi Mthethwa was expected to make the appointment on May 1, but it does not look likely that he will do so in the near future because Qithi wants to be compensated fully and also return to the plum job which pays R120,000 per month.

Qithi won the case of unfair dismissal against BSA in December 2018, and the commissioner who handled the matter ordered BSA to pay him R4m. Qithi was due to return to office in January 2019, but BSA blocked him and took the matter for review.

A source told Sowetan yesterday that an attempt was made by BSA to settle out of court but Qithi would not agree to the offer.  “Once that matter is resolved, surely Boxing SA will communicate with Nathi regarding the process of getting the CEO,” the source said.

Pointers are that Walter Mokoena – news anchor and former host of a soccer talk show who is currently a special advisor to Mthethwa – is earmarked for that position.

New chairman of BSA Luthando Jack said: “We are waiting for the commission to conclude review decision on Qithi. Once that is finalised we will then begin the process of getting the ball rolling.”

However, there were concerns about the post not being advertised. The assumption was that Mthethwa will do exactly what his predecessor – Fikile Mbalula – did by appointing Tsholofelo Lejaka in 2016 without having advertised the position.

The position has been vacant since Qithi’s suspension, which led to his sacking after the disciplinary tribunal found him guilty on 10 of 14 charges – five of them involving "gross dishonesty".

Lejaka, who quickly knocked the sport into shape barely three months into the hot seat, resigned in August last year and Nkomo took over. She is employed permanently as director of operations.

None of the previous CEOs before him finished their five-year term of office. They either jumped ship or were pushed.

The longer the matter between Boxing SA and its former CEO Moffat Qithi drags on in the Labour Court, the more expensive it becomes, and BSA chairman ...
Sport
1 year ago

Boxing SA has moved to allay concerns of licensees regarding an online licensing contract awarded last year.
Sport
1 year ago

Boxing is back! That is how delighted Boxing SA’s acting CEO Cindy Nkomo reacted to the letter of approval from sport minister Nathi Mthethwa late on ...
Sport
1 year ago
Next Article