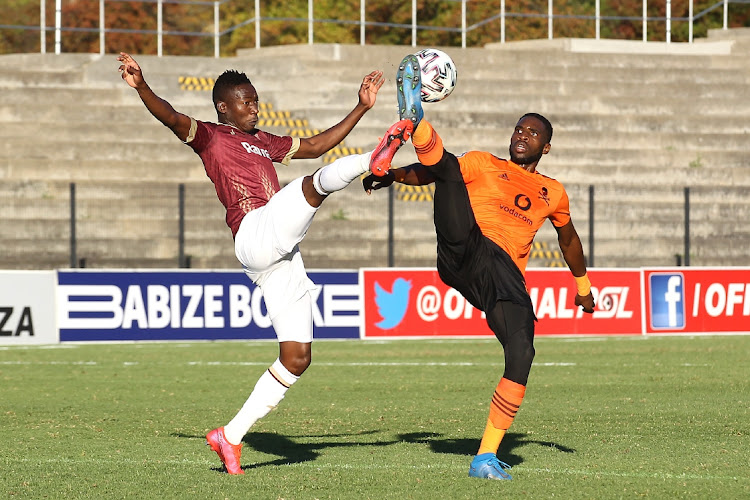 A win for Pirates would have seen them move to third ahead of Golden Arrows.

Stellies will feel hard done by the results as they were a better side throughout the match and would have won the game had they converted some of their chances.

They remained in the relegation zone, and it could get worse for them should fellow strugglers Maritzburg United and Chippa United win their respective matches today.

Stellenbosch have not won in nine matches as their frustrations continue. But yesterday, they should blame themselves for horror misses, with Ashley Du Preez the main culprit.

For Pirates though, winning successive matches has been a struggle this season and a lot was expected following their 3-0 victory in their last game against Black Leopards.

But they failed to replicate that and will need to show some improvement in the upcoming match against Raja Casablanca in the CAF Confederation Cup quarterfinal first leg at Orlando Stadium on Sunday.

Stellies coach Steve Barker was left disappointed again with the results as he admits his side should have walked away with all three points.

“It seems a little bit like I’m repeating myself week in and week out. It has just been unfortunate the season that we are having, the commitment of the players is superb and the effort is superb,” Barker told the club media department after the game.

“We are trying our best to win football matches and it is not through a lack of commitment. It just doesn’t want to go on the net for us.

“We created far bigger chances in the game. It shows their keeper Wayne Sandilands was man-of-the-match. We have to keep on fighting. At the end of the day, it is a good point. It should have been three. We have to continue in what we are doing and the players will reap the rewards."

Orlando Pirates produced a dominant second-half display where they powered three goals past Black Leopards, earning the Buccaneers their first DStv ...
Sport
1 year ago
Next Article