Offenders were among 13,989 released since May last year as a measure to combat the spread of Covid-19 in prisons, parliament hears 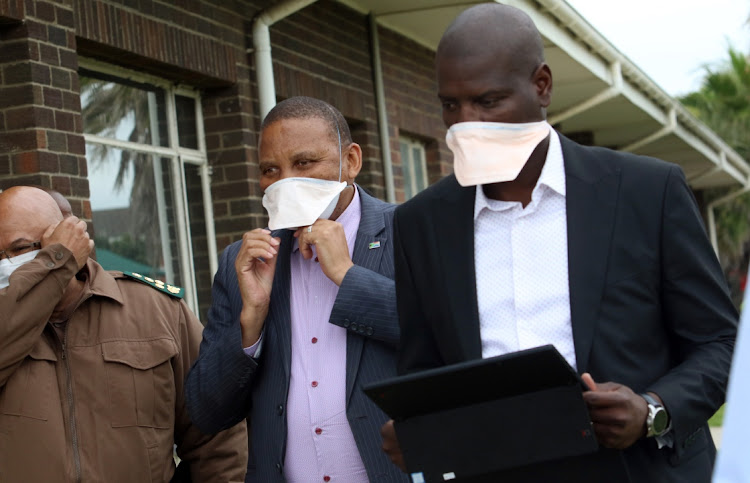 More than 100 inmates who had committed non-violent crimes and were released on parole have reoffended, parliament heard on Wednesday.

The 126 offenders were part of 13,989 people who were released since last year as a measure to combat the spread of Covid-19 in prisons, some of which were over-populated. They were rearrested and put back behind bars from April this year to date.

The information was presented to the portfolio committee on justice and correctional services.

Initially, President Cyril Ramaphosa had announced that 19,000 inmates were eligible for parole under the Covid-19 dispensation. However, after careful consideration of their circumstances and discovery of other charges after their DNA had been taken, the number dropped to 17,922, according to the deputy minister of correctional services Phathekile Holomisa.

The department's officials admitted on Wednesday there had been various challenges with reintegrating the offenders into society. Some turned to crime after failing to secure employment, while some would not change their ways.

“There are incidences of parolees committing serious offences after returning to their communities. There are some offenders who even after serving sentences of incarceration, repeatedly fail to desist from crime and reintegrate into the community as law-abiding citizens,” an official said told parliament.

The department, however, said the Covid-19 special parole dispensation was successfully implemented, with lessons learnt.

“While the special remission of sentence has reduced the population in community corrections from 71,000 to 55,000, the dispensation has subsequently increased the system of community corrections ... More still needs to be done to get communities more involved in the monitoring, rehabilitation and reintegration of parolees and probationers to ensure a smooth reintegration process.

It reiterated that parole boards had ensured that victims were engaged with before considering offenders for parole, to ensure effective reintegration and reduce reoffending.

“Community corrections has become a core component of the South African criminal justice system as it provides a useful and less costly alternative to incarceration. Partnership with all relevant stakeholders is to be continued,” an official said.

Holomisa used the opportunity to condemn videoed incidents of sexual conduct in prisons which have gone viral on social media.

“There has been an unfortunate trend in the public domain, particularly on social media platforms, of visuals of incidents of sexual conduct between inmates and officials that have compromised the standing of the department in the eyes of the public.

“While this has been embarrassing to say the least, it's also been an opportunity for the department to further interrogate its systems, security, code of conduct and behaviour.

“One incident is one too many,” he said.

Department officials moved to assure the portfolio committee on correctional services that similar incidents would not occur in the future as it would continuously host training and awareness campaigns.

“The department will develop a professional intervention programme aimed at regenerating high standards of professionalism, and moral and ethical conduct by all officials employed in the department in the context of an offender-focused rehabilitation, corrections and operational environment at centre level,” the committee was told.

Prison warders at the West Bank correctional centre in East London have accused prison authorities of hiding a resurgence of Covid-19 at the facility ...
News
1 year ago

'Fake news': ANC's John Block has not been released from prison

The correctional services department on Thursday dismissed claims that former ANC Northern Cape chairman John Block has been released from jail on ...
News
1 year ago
Next Article