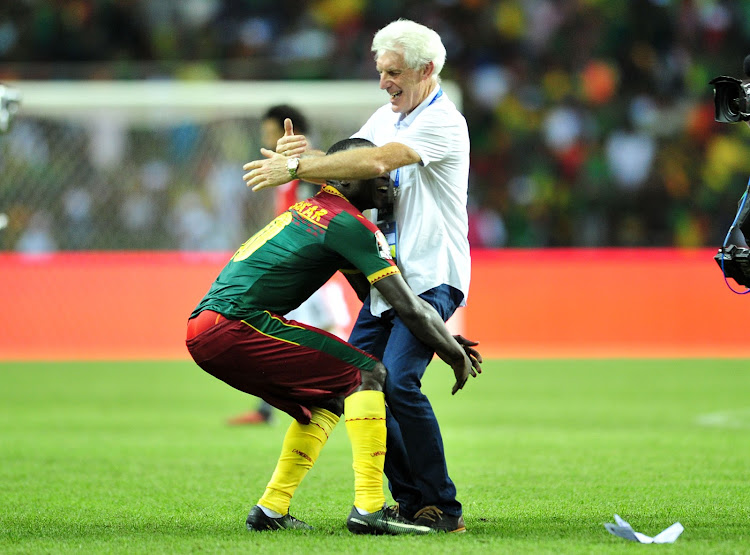 South African Football Association (Safa) president Danny Jordaan has indicated that the finer details of Hugo Broos’s contract as the new Bafana Bafana coach are still to be resolved.

Jordaan said Broos will have to rebuild the national team‚ and attempt to qualify for and be competitive at the 2022 Fifa World Cup in Qatar‚ 2023 Africa Cup of Nations (Afcon)‚ and 2026 World Cup in the USA‚ Mexico and Canada as proposed targets.

However‚ pressed on the details‚ Jordaan seemed unable to divulge the exact length in years of Broos’s contract‚ and said that the coach’s targets would be resolved when the 69-year-old Belgian “sits down” with Safa CEO Tebogo Motlanthe on arrival in South Africa next week.

“The name of Hugo Broos was presented to the NEC and it was unanimously agreed on by the national executive members of Safa‚” Jordaan said‚ announcing the new coach in a press conference at the SABC headquarters in Auckland Park on Wednesday.

Asked what the length of Broos’s contract is‚ the Safa president responded: “No‚ but we just announced. We had discussions.

“But when he comes it must be interspersed with certain targets. So those are all matters that the CEO will sit down and finalise with him.”

Jordaan suggested Broos’s targets will be to rebuild Bafana by introducing young talent‚ particularly from the SA Under-23 team that has qualified for this year’s Tokyo Olympic Games‚ but also achieve results that see the senior team qualify for major tournaments.

“We have indicated to him‚ as he has indicated‚ and one of the things he has mentioned is that a high percentage of the current team are players of 30 and above‚ and there is a need to rebuild the team‚” Jordaan said.

“And therefore look at the opportunity that the country has now to go to the Olympics‚ and looking at younger players‚ and build the team.

“But at the same time the nation also wants to win. That is obvious to the coach.”

Jordaan said Broos will answer questions on his plans and technical staff on arrival in SA.

The coach‚ speaking on a digital platform‚ said he should arrive next week.

Pressed on a specific length of the coach’s contract that could be revealed‚ for clarity‚ Jordaan listed a string of supposed achievements by Safa in meeting some of the requirements of Vision 2022‚ and some of Broos’s objectives in relation to that‚ but did not answer the question.

Again‚ he said any fixed targets “requires a discussion‚ which will happen when he comes next week”‚ adding‚ “and our team going to Tokyo [Olympics] is a significant part of that rebuilding process”.

“We got people we never thought would be interested in this job‚” Maluleka said‚ adding they narrowed a shortlist down based on coaches being “relevant to the organisation in terms of our vision”.

Ntseki was not retained after Bafana’s failure to qualify for the 2021 Afcon finals.