Limpopo side buoyant ahead of cup final 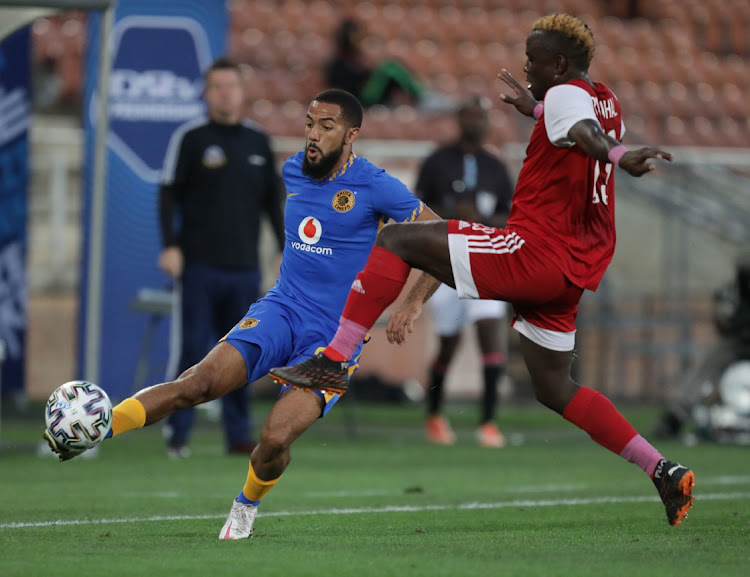 With literally the game's last touch, Thabo Mnyamane converted from the spot to give Tshakhuma Tsha Madzivhandila a crucial 2-1 win over a somewhat half-hearted 10-man Kaizer Chiefs in what was a dramatic affair at Peter Mokaba Stadium yesterday.

Chiefs thought they'd managed a draw until Siyabonga Ngezana conceded a late penalty that was tucked in by Mnyamane deep in stoppage time. Referee Victor Hlungwani penalised the Chiefs defender for handling the ball inside the box, though he appeared to have been pushed by Mnyamane before the incident.

Overall, Tshakhuma were more purposeful in this match, especially in the first period, with Mnyamane and Thabo Rakhale, on the left and right flanks, affording Tshakhuma more entries into the Chiefs box. Chiefs though had  more ball possession in the opening half, despite going one man down in the 38th minute. But TTM topped the ball possession stakes with 56% advantage at final whistle.

Amakhosi were reduced to 10 men when Njabulo Blom picked up his second yellow card for pulling Celimpilo Ngema just outside the box.  Four minutes later, Tshakhuma capitalised on the red card as Rakhale put them ahead in the 42nd with a splendid strike.

The second stanza was somewhat dramatic. Chiefs’ equaliser came at the height of controversy as Lebogang Manyama slotted home from a penalty rebound, having initially seen his spot kick saved by TTM keeper Washington Arubi.

Hlungwani was reluctant to award the visitors the penalty until he was convinced by his fourth official Olani Kwinda. It was Samir Nurkovic who won Amakhosi the penalty after going down in the box after being challenged by Ayanda Nkili. TTM were unlucky not to get a penalty of their own a few minutes later when Mphahlele appeared to have handled the ball inside the box.

Third choice goalkeeper Bruce Bvuma started his first game of the season in the absence of injured Itumeleng Khune (shoulder) and Daniel Akpeyi (light concussion). The 25-year-old shot-stopper replaced injured Akpeyi at half time in the previous outing – a 2-all draw at Bloemfontein Celtic on Saturday.

Bvuma also relied on a makeshift defence to protect him. With usual suspects Daniel Cardoso and Eric Mathoho missing due to suspension and injury (ankle ligament) respectively, Ramahlwe Mphahlele and  Ngezana were deployed at the heart of defence.

Having been struggling to secure work permit, TTM trainer Dylan Kerr finally made his first appearance in the dugout.

Kaizer Chiefs’ top-eight dream will be put to another tricky test when they face relegation-threatened Tshakhuma Tsha Madzivhandila at Peter Mokaba ...
Sport
8 months ago

Simply nothing is going Kaizer Chiefs’ way, as, having seemingly scrambled a 10-man draw against Tshakhuma Tsha Madzivhandila (TTM) on Tuesday night, ...
Sport
8 months ago
Next Article