Coach's aim now is to win all four remaining games 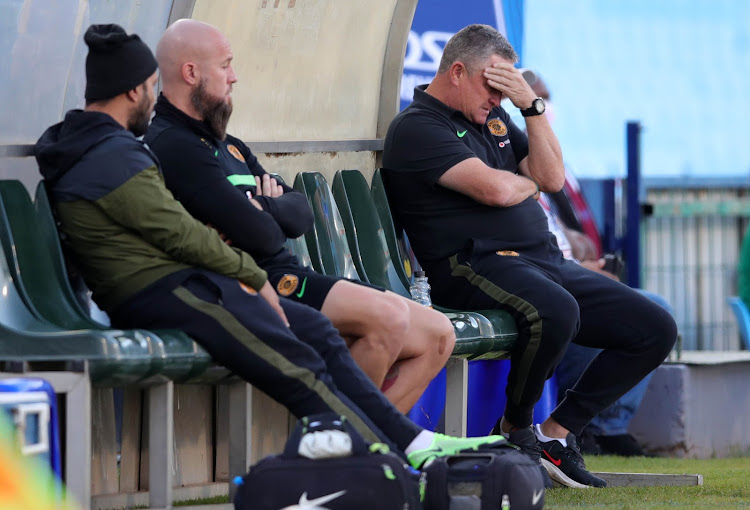 In his post match engagement with the club’s media department, a discernibly dispirited Hunt described the TTM loss as “mind-boggling”. The Amakhosi trainer, who across all competitions has 11 wins, 13 losses and 16 draws from 40 games since joining the Soweto club at the start of the season, felt they deserved better against TTM.

“It’s very difficult to explain. I don’t know, it’s actually mind-boggling what I see. But of course we deserved a little bit more but again we made mistakes. It’s inexcusable to make mistakes like that. But we’ll just battle on,’’ said Hunt.

Having lost to another basement side in the form of Chippa United six days earlier, Chiefs’ poor league form came to a head when Tshakhuma handed them a 2-1 loss. Amakhosi played 52 minutes of regulation time a man down after Njabulo Blom was sent off for a second bookable offense in the 38th minute.

Thabo Mnyamane netted the winner for the hosts, converting from the spot what was the game’s last touch. Referee Victor Hlungwani awarded the Limpopo side the late penalty after Siyabonga Ngezana handled the ball inside the box.

Tshakhuma took the lead via Thabo Rakhale three minutes before the halftime break. Lebogang Manyama levelled matters, pouncing on a rebound of his saved penalty in the just six minutes post the hour-mark.

The defeat didn’t just cast more doubts on Chiefs’ top-eight dream; it means they could also find themselves in the relegation dogfight in the next few days, especially given the fact that they’re being beaten by teams below them on the standings.

Hunt is of the view that the game was evenly-balanced before Blom’s red card. The four-time league-winning coach aims to collect maximum points in all of their four remaining DStv Premiership games.

“It [the game] was even until the red card, really even. We’ve got four games left; we will have to try and win them, certainly four of them and see from there,’’ said the Chiefs coach.

Kaizer Chiefs’ top-eight dream will be put to another tricky test when they face relegation-threatened Tshakhuma Tsha Madzivhandila at Peter Mokaba ...
Sport
8 months ago

With literally the game's last touch, Thabo Mnyamane converted from the spot to give Tshakhuma Tsha Madzivhandila a crucial 2-1 win over a somewhat ...
Sport
8 months ago
Next Article