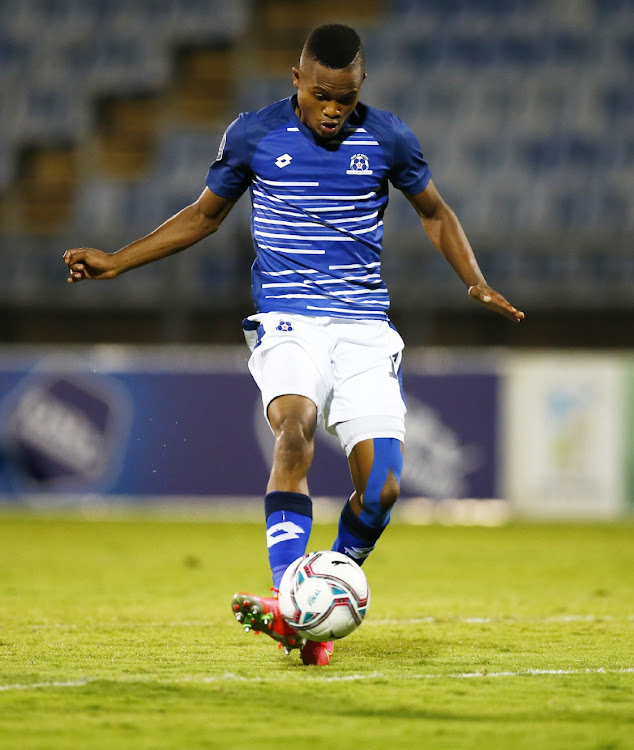 Maritzburg United aim for Mamelodi Sundowns scalp, feeling that’d give them solace after allowing Swallows to equalise to eventually settle for a 1-all draw in their previous game at home on Friday.

This is according to the Team of Choice’s ace Tebogo “Messi” Tlolane leading up to their clash against Sundowns at Loftus Versfeld Stadium this afternoon (3pm).

Against the Birds, Maritzburg took the lead via Travis Graham four minutes into the second half, before Sifiso Hlanti levelled matters on the hour-mark.

“We come from a  draw [against Swallows last Friday]. We feel like we should have won that game, so now it’s more important to win. We desperately need points,’’ said Tlolane.

“We know it’s a very big game, especially coming up against such a big team with good players. Even so, we know what we have to do. We’re going into this game fully focused on getting three points. We’re not going there thinking about losing.’’

Tlolane appears to be drawing motivation from the performance they put in against the Brazilians in the first round of the season where the scoreline was 1-1 in October.

“In the first round we drew against them. In football anything is possible, however we take nothing away from them, we’ve to respect that they’re doing well so far but football is all about what you do on match day,’’ noted Tlolane.

“First you have to know the unpredictability of the team, particularly because of the coach’s profile. Ernst Middendorp is one coach that is extremely unpredictable. He prepares for every opponent with astuteness and attention to details,’’ said Mokwena.

“Even with whatever happens at the beginning of the match, there’s a clear understanding that they could be structural changes, formational changes or even positional changes, coming into the second half.

"So, that’s always the basis of our analysis when we have to prepare for a team that coach Middendorp has because he’s probably one of the most tactically versatile coaches in the league.’’

High-flying AmaZulu have been confirmed as the DStv Premiership Q-Innovation winners for the third quarter.
Sport
4 days ago

Black Leopards' 2-1 win against fellow relegation candidates Tshakhuma Tsha Madzivhandila at the weekend could be the trigger for a new twist in the ...
Sport
6 days ago
Next Article